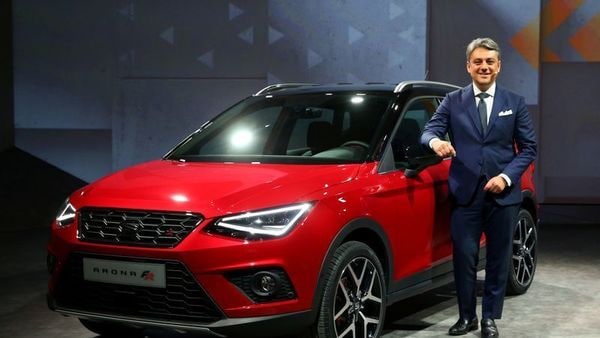 French auto giant Renault on Tuesday named former Volkswagen director Luca de Meo its chief executive as it seeks to regain its footing after a year of turmoil sparked by the arrest of Carlos Ghosn.

The 52-year-old Italian credited with turning around Spanish carmaker Seat will take up his new post on July 1, Renault said in a statement after a board meeting confirmed the appointment.

Chief financial officer Clotilde Delbos, who has been standing in as CEO since October, will take over as deputy director general on the same date.

The board of Renault believed that De Meo, "through his career, his experience and his success in his previous functions, combines all the qualities to contribute to all aspects of Groupe Renault's development and transformation," the company said.

It will be a homecoming of sorts for De Meo, who began his career at Renault in the 1990s before taking up posts at Toyota, Fiat and eventually VW in 2009, where he was put in charge of marketing at Audi.

He was later named head of VW's Spanish brand Seat, which last year posted its highest annual sales, a stunning revival of the brand's fortunes in just a few years.

"I am delighted with this new governance, which marks a decisive step for the Group and for the alliance," Senard said in a statement, hailing De Meo as "a great strategist and visionary of a rapidly changing automotive world."

"His expertise but also his passion for cars make him a real asset for the Group."

Along with Delbos, "they will form a high-quality, multi-talented team equal to Renault's ambitions," he added.

"We are all looking forward to working closely with him and our alliance partners in our efforts to support mutually profitable growth," he said in a statement.

The alliance was pushed to the brink following Ghosn's shock arrest in Tokyo in November 2018 on charges of financial misconduct, including under-reporting millions of dollars in salary.

Since then, Renault has seen sales slump amid increasing headwinds for European carmakers and its share price has dropped by more than half over the past year.

Ghosn was eventually stripped of his management roles, though he is now demanding millions of euros in retirement pay and other compensation from Renault in the wake of a brazen escape from Japan to Lebanon.

De Meo, a marketing expert, quit Seat earlier this month after helping it to two record-breaking sales years in a row.

"I focused mainly on changing mentalities in a company that was demoralised," he told La Vanguardia newspaper.

He will be the first foreigner to lead Renault in its more than 120-year history -- the Lebanon-born Ghosn obtained French citizenship before taking control of the group in 2005.

De Meo is impatient but "not a dictator. He is well-educated, he is a manager who does not scream," a Seat employee, who asked to remain anonymous, said.

"He has a charming side but at the same time knows how to keep his distance."

The son of a business banker, De Meo has lived in 12 countries, spending part of his childhood in Brazil, Ivory Coast and Nigeria.

From the age of six, his mother Giovanna said in a 2009 interview, De Meo wanted to work with cars.

"The first thing he ever drew was an oval shape that for him represented the (Fiat) 500."