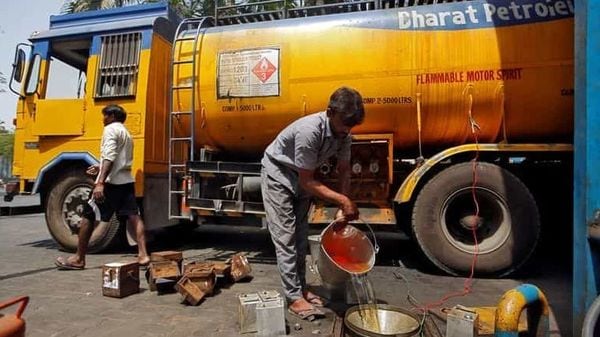 A man pours petrol into an underground tank at a fuel station in Mumbai.

(Also Read: How to tune a car for optimum fuel efficiency)

Petrol price in Delhi on Thursday stands at ₹91.17 per litre while diesel is available for ₹81.47. In Mumbai, petrol is retailing at ₹97.57, while diesel costs ₹88.60, as the oil marketing companies kept the price unchanged.

As the retail price of petrol and diesel consists of both central and state government taxes along with the dealer commission, the state and central taxes contribute around 60% of the retail price. The states like West Bengal, Assam and Meghalaya have already announced cut in their share of taxes in an attempt to reduce the burden from the common people and motorists. However, until and unless the central government taxes are reduced, the rice will not be down significantly. Meanwhile, there are discussions going on to bring the auto fuel pricing under the ambit of GST, which would reduce the price of petrol and diesel significantly across India.

Meanwhile, in the international market, the crude oil price has been increasing for the last few days, which has impacted the pricing of petrol and diesel in India as well. As OPEC+ has extended the production cut of crude oil till the end of April 2021, the petrol and diesel prices too are likely to increase further in the coming days.