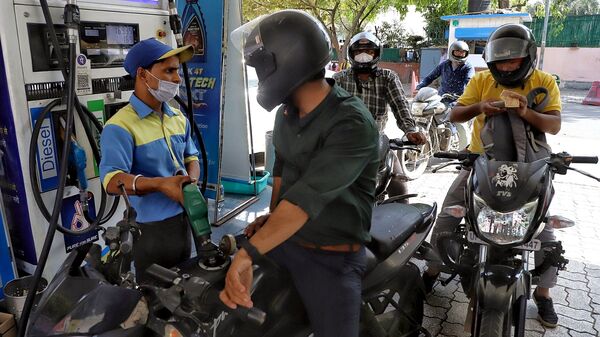 File photo of a petrol pump staff refilling fuel in a two-wheeler in New Delhi.

Prices of petrol and diesel were hiked on Thursday by another 80 paise per litre each, taking the total increment in 10 days to ₹6.40 a litre in nine revision. The cost of petrol in Delhi now stands at ₹101.81 per litre, while diesel is selling at ₹93.07 per litre. In Mumbai, the petrol and diesel prices have gone up by 84 paise, thus costing ₹116.72 and ₹100.94 per litre respectively.

The daily motor fuel price revision was paused since November 4 last year, which was broken on March 22, following the crude oil going upwards due to the Russian military operations in Ukraine. Prices of petrol and diesel are set to be hiked further given the sharp jump in crude oil prices in the international markets.