Patna and Thiruvananthapuram are about to join the list of cities where a litre petrol price has crossed ₹100 mark.Several state capitals across India have already witnessed petrol hitting ₹100 a litre mark.
By : HT Auto Desk
| Updated on: 24 Jun 2021, 12:25 PM 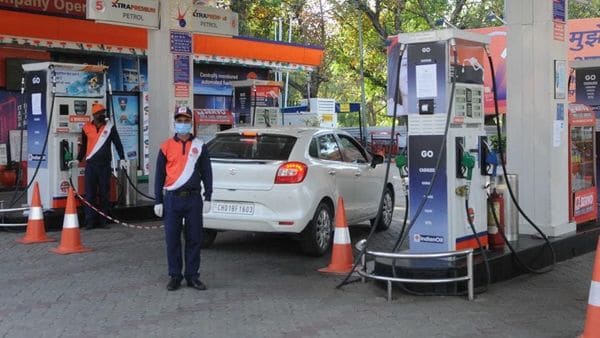 Petrol and diesel prices on Thursday have been increased by 26 paise and 7 paise respectively. (Photo HT)

Petrol and diesel prices on Thursday again taking the fuel prices to a new high. After a day of pause on Wednesday, the oil marketing companies increased the price of motor fuels today. Petrol price has been increased by 26 paise per litre, while diesel price became pricier by 7 paise.

With the latest price hike, several new cities are ready to join the list of cities and towns in the country where fuel rates have breached the psychological mark of ₹100 per litre.

Sri Ganganagar district of Rajasthan near the India-Pakistan border was the first place in India to witness petrol hitting ₹100 a litre mark in mid-February. Earlier this month diesel too hit the century mark there.

Petrol prices in several state capitals have already hit the century mark. In Mumbai, petrol is currently selling at 103.89 a litre. Diesel in the business capital of the country is selling at ₹95.79 per litre.

Mumbai was the first metro city to hit the milestone of ₹100 for a litre of petrol on May 29. Among other state capitals, Bhopal, Jaipur, Hyderabad and Bengaluru too have crossed the ₹100 mark for petrol price. Patna, Thiruvananthapuram are about to join the list of these cities soon.

With the latest price hike on Thursday, per litre petrol and diesel in Delhi are selling at ₹97.76 and ₹88.30 respectively.

The petrol and diesel prices vary from state to state depending on the varied VAT amount levied by state governments over and above the central government imposed excise duty and freight charges. Rajasthan currently levies the highest VAT on petrol and diesel in India, followed by Madhya Pradesh, Maharashtra, Andhra Pradesh and Telangana.