Union Minister Rameswar Teli said that price of petrol and diesel cannot be controlled in India until the country increases its own production to reduce dependency on fuel imports.
By : HT Auto Desk
| Updated on: 19 May 2022, 10:13 AM 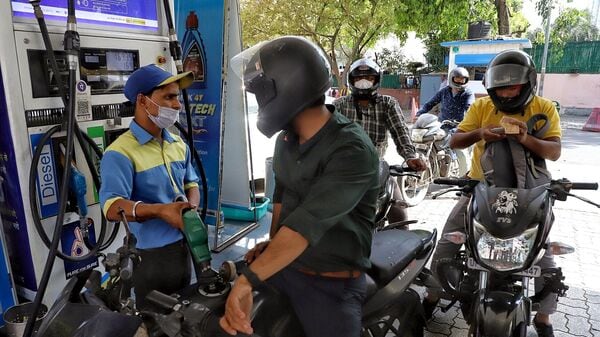 Petrol and diesel price hikes could return soon. Union Minister Rameswar Teli said that the government cannot control the prices of petrol and diesel. His remarks came at a time when the fuel prices are expected to go up again as inflation has gone up and price of fuel has also increased in recent times. Petrol and diesel prices were hiked 14 times between March 22 to April 6. Petrol in Delhi costs ₹105.41 per litre while diesel costs ₹96.67.

The minister said prices of petrol and diesel will remain volatile until India increases production of oil to reduce its dependence on international market for its fuel needs. "About 83 per cent of oil consumed in the country is imported by us. We are dependent on international market, and till we increase our production, its price cannot be controlled," the Minister of State for Petroleum and Natural Gas said on Wednesday.

(Also read: Petrol price in India is more than US, China and Pakistan, says study)

"When the price of oil increases in the international market, our companies increase its price," he said when asked about the rise in prices of petrol and diesel. "We are trying to reduce pressure of import on oil. We are also coming out with electric and CNG vehicles and also working on new means," he added.

Petrol and diesel prices were last hiked by 80 paise a litre each on April 6. With surge in global energy prices, the cost of producing petrol, diesel and other petroleum products also went up for oil companies in India. They raised petrol and diesel prices by ₹10 a litre in just over a fortnight, but hit a pause button soon after. The Centre has so far resisted calls for a cut in excise duty and has instead asked the state governments to lower VAT or sales tax to provide relief to common people.