Petrol and diesel prices were hiked for 12 consecutive days since February 9 before the latest 2 day pause.Nearly 50% of the retail price for both petrol and diesel are attributed to central and state government taxes.
By : HT Auto Desk
| Written By : Mainak Das
| Updated on: 25 Feb 2021, 01:44 PM 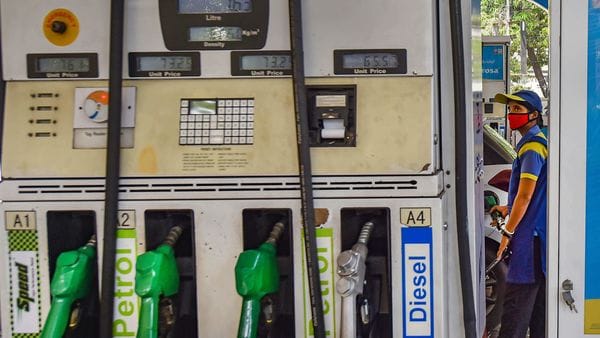 Petrol and diesel prices remain unchanged for the second consecutive day after an upward rally for 12 days in a row since 9th February 2021. The oil marketing companies have kept the pricing of petrol and diesel at a pause from Wednesday after touching an all-time high on Tuesday.

The retail pump prices of both petrol and diesel have shot up across the country due to the increase in prices of crude oil in the international market, on which India relies for 85% of its fuel needs. Besides that, heavy taxation is also playing a key role in the surge of auto fuel prices across India that building up the cost across various sectors and resulting in inflation as well.

Due to the latest price hikes, petrol prices in several cities of Maharashtra, Rajasthan and Madhya Pradesh crossed the ₹100 per litre mark as well. While the pressure is building on the motorists and common man due to the relentless price hike, the upward spiral of petrol and diesel prices are likely to continue, as there is no indication that the central government will reduce the cess of fuel.

The Reserve Bank of India (RBI) Monetary Policy Committee (MPC) has termed such high levels of indirect taxes as regressive and called for the calibrated unwinding of high retail taxes ion both petrol and diesel. RBI governor Shaktikanta Das said that the fuel price hike is not only affecting the people with cars and bikes but the common people as well.

Opposition leader Priyanka Gandhi took to Twitter and used cricketing terms to target the central government over the price hike of petrol and diesel. “Petrol and diesel prices are on their way to the century mark," said the Congress leader slamming the Modi government.