The Federation of Automobile Dealers Associations has released vehicle sales data for the month of May which also shows three-wheelers and commercial vehicles segment have been hit the hardest.
By : PTI
| Updated on: 11 Jun 2020, 05:29 PM 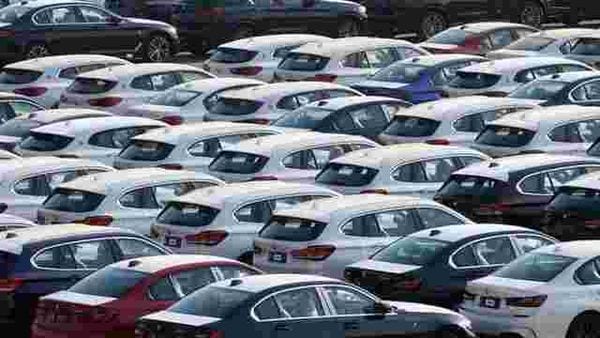 FADA has reported that passenger vehicle retail sales in May declined 86.97 per cent. (File photo)

According to Federation of Automobile Dealers Associations (FADA), which collected vehicle registration data from 1,225 out of the 1,435 regional transport offices (RTOs), PV sales stood at 2,35,933 units in May 2019.

"At the end of May, out of 26,500 outlets about 60 per cent showrooms and 80 per cent workshops were operational across the country. May registrations are hence not indicative of the demand situation as the lockdown still continued in many parts," FADA President Ashish Harsharaj Kale said.

"Weak consumer confidence especially in urban areas continues to haunt as customers stay away from concluding their purchases due to threat of community spread and return of complete lockdown," Kale said.

(Also read: Maruti cuts production by almost 98 percent in May)

With a projected annual de-growth of 35 per cent by SIAM, on top of the 18 per cent de-growth faced last year, the dealership community faces its toughest year ever as volumes are estimated to reduce to half in a span of 20 months, he noted.

"Lakhs of jobs and survival of hundreds of dealers is at stake if demand de-growth predictions hold true and operating economics remain unchanged," he added.