Home Auto News Overspeeding, Drunken Driving In Punjab Will Lead To These Besides Hefty Fines

Overspeeding, drunken driving in Punjab will lead to these besides hefty fines

The new rules, approved and notified by the state's transport department, comes into effect as the Punjab witnesses around 10 road accident fatalities every day, higher than the national average.
By : HT Auto Desk
| Updated on: 18 Jul 2022, 10:39 AM 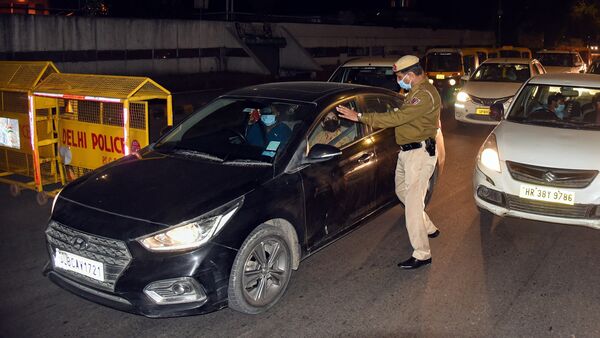 Punjab will crack down hard on people caught for overspeeding or drunken driving. Besides a hefty fine, which is already in place for such traffic violations, violators will be asked to offer community services among other things. Punjab's state transport department has approved and issued a notification, sharing details about the penalties one needs to pay if caught violating on these counts.

According to the notification, people caught violating these traffic rules will need to deliver lecture to school students, offer community service at any hospital or donate blood as part of traffic fines. According to the transport official, a traffic rule violator will be given road safety education first, and then will be asked to offer lecture to students on the same subject.

"The traffic rules offender will have to undertake a refresher course by the transport authority and thereafter teach at least 20 students of Classes 9, 10, 11 and 12 for at least two hours in a nearby school," the notification read.

The traffic violator will be issued a certificate by the nodal officer once the lecture is delivered. "The offender will partake community service for at least two hours in a nearby hospital as suggested by the doctor in-charge or donate at least one unit of blood in a nearby blood bank," the notification said.

Violating speed limits attract ₹1,000 fine for first time offenders in Punjab. More than one violation attracts ₹2,000 fine. If one is caught driving under influence of alcohol, the traffic fine for first-time offenders is five times more. For subsequent violations, the fine goes up to ₹10,000. Even licence could also be suspended for three months for both violations.

The new rules, approved and notified by the state's transport department, comes into effect as the Punjab witnesses around 10 road accident fatalities every day, higher than the national average.