Over 9,000 Toyota Urban Cruiser SUV recalled due to airbag issues 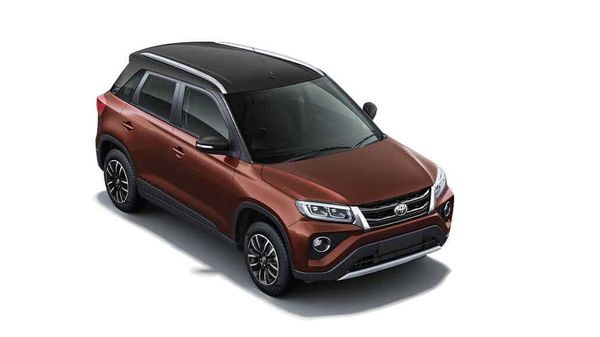 Toyota has recalled over 9,000 Urban Cruiser SUVs due to faulty airbag issues.

Japanese auto giant Toyota Motor has decided to recall a large number of its Urban Cruiser sub-compact SUV for faulty airbag issues. In all, the carmaker has been forced to recall 9,498 units so far.

According to reports, the Urban Cruiser SUVs that have been recalled, were built between 28 July 2020 to 11 February 2021. The issue appears to be with the airbag on the driver’s side in these SUVs. The carmaker will conduct further tests and will be replaced with new ones.

The affected owners will be contacted by the company's authorised dealerships. If there is a flaw in the vehicle, then necessary changes will be made in it.

The Urban Cruiser SUV is based on Maruti Suzuki's popular Vitara Brezza sub-compact SUV. It is the second installment under the Toyota-Suzuki alliance in India after the Glanza which is a rebadged Maruti Baleno. The Urban Cruiser is a spin off of the Maruti Vitara Brezza and sports the same exterior design and styling.

The Urban Cruiser SUV is powered by a 1.5 litre 4 cylinder naturally aspirated petrol engine that generates 105bhp of power and 138Nm of torque. This engine comes mated with a 5-speed manual and a 4-speed torque converter gearbox. Hybrid technology has also been included in its automatic variants. Its manual version gives a mileage of 17.03 km per litre and automatic variants up to 18.76 km per litre.

Urban Cruiser SUV is available in the market in three variants, which include Mid, High and Premium.The price of the entry-level variant Mid-Grade MT of Urban Cruiser SUV starts at ₹8.40 lakh and extends up to ₹11.30 lakh for the top-spec Premium-Grade AT variant.