From Maruti to Honda, car and two-wheeler manufacturers in India have raised the issue of high GST rates and have sought Centre's help to rationalise it in order to make vehicles more affordable and boost sales.
By : HT Auto Desk
| Updated on: 26 Aug 2021, 09:35 AM 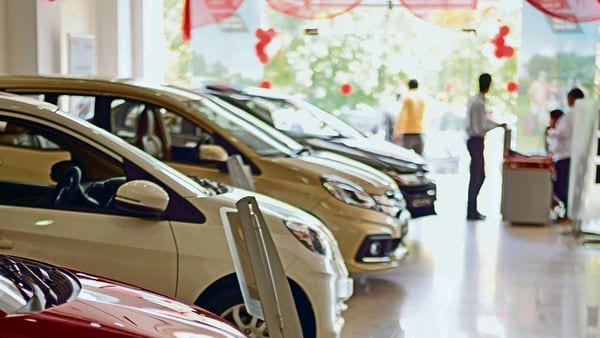 Automakers in India, including Maruti, have raised the issue of high GST rates and have sought Centre's help to rationalise it in order to make vehicles more affordable and boost sales.

After several requests from vehicle manufacturers in India, the Centre has hinted that it is ready for negotiations to reduce GST rates on cars and two-wheelers. During a conference on Wednesday, revenue secretary Tarun Bajaj said he is ready to discuss the matter further with industry leaders.

"I would be very happy to engage with you to see what we can do even on (GST) tax rates, what is the tinkering we can do to see to it that certain (vehicle) segments get the encouragement they deserve," Bajaj said during a conference organised by auto industry body SIAM on Wednesday.

Bajaj said he is open to discussion to find out why vehicle sales have seen degrowth over the last few years and whether high taxes are to blame for it. He also aims to seek suggestions to revive the auto sector, whose contribution to India's overall GDP is key to the government. On Wednesday, Union Minister Nitin Gadkari said that the Centre aims to increase the contribution of the auto sector to India's GDP to 12 per cent and generate 50 million jobs. India's auto sector currently contributes about 7 per cent to India's GDP.

Vehicle sales in India has decelerated over the last few years, especially since the Covid-19 pandemic and the following lockdown phases since March, 2020. Global issues like chip shortage has also contributed to the dip in sales.

The Goods and Services Tax (GST) rate on vehicles, which also include commercial ones besides passenger cars and two-wheelers, is currently at the top slab of 28%. Besides the GST on vehicles, customers also pay more taxes, imposed by states, on top of that. This has been one of the reasons behind high cost of vehicles in India.