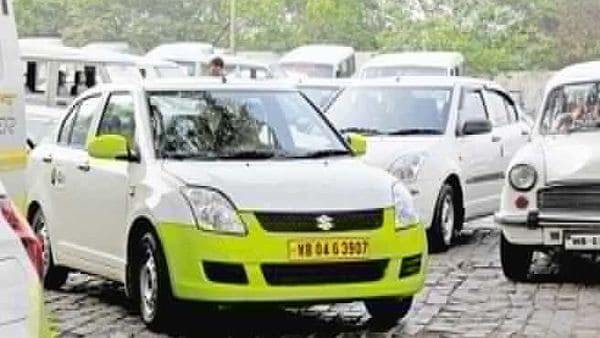 Ola said it has resumed operations in over 100 cities across the country, while Uber's service is available in 25 cities.

Ride hailing platforms Ola and Uber resumed services in areas like Gurugram, Kochi and Jamshedpur after more than a month of lockdown, but users shied away and only a fraction of drivers logged onto these platforms on day one.

Both players had suspended operations after the government announced a nationwide lockdown to contain the spread of Covid-19 pandemic.

After 40 days of lockdown, some relaxations have been provided in the third phase of the lockdown, including allowing cab services to operate with conditions in locations that have very few or no confirmed cases reported.

According to a senior industry executive, who did not wish to be named, user demand was minimal across various cities as people stepped out only for essential travel.

The number of vehicles on the road was also limited as a fraction of drivers logged onto work.

The executive noted that a number of driver partners in large cities like Gurugram are from other states, and many of them travelled back to their home states after the lockdown was announced.

On a normal day of business, the number of drivers working on the platform in the city would be 3X-4X of the numbers seen on Monday, he said.

So far, there have been no reports of drivers facing issues with authorities.

(Also read: List of cities where Ola and Uber have resumed services during lockdown 3.0)

Queries sent to Ola and Uber seeking response on demand pattern did not elicit a response.

Another industry executive said demand is expected to pick up in coming days as more people return to work and businesses resume, and as more areas open up for services.

Ola and Uber, earlier in the day, said they have resumed services in areas within orange and green zones, and have introduced requirements like wearing masks to ensure safety of riders and driver partners.

Ola said it has resumed operations in over 100 cities across the country, while Uber's service is available in 25 cities.

These include cities like Cuttack, Guwahati, Daman, Jamshedpur, Kochi (green zone) as well as locations like Amritsar, Rohtak, Gurgaon and Visakhapatnam (orange zone).

Taxi services have not been allowed in red zones that includes cities like Delhi, Mumbai, Bengaluru and Pune.

Ola said it will allow rides only across identified safe zones and has put in place a selfie authentication, besides asking driver-partners to ensure the cars are cleaned and sanitised after each ride.

It has also brought in a flexible cancellation policy under which both the customer and driver partner can cancel the ride if they feel the other party is not following the rules or not wearing a mask.

Only two passengers per ride will be allowed in the cab, and the AC will be switched off and windows will be kept open during all rides to avoid re-circulation of air, it added.

Apart from the cities where it has resumed operations, Ola said it will also continue to offer Ola Emergency -- a service introduced during the lockdown to ferry non-Covid-19 people to and from hospitals -- in 15 cities.

"As we reopen our platform to millions of citizens for their commute and driver-partners whose livelihoods are dependent on serving mobility needs, safety of both continues to be the topmost priority for us," an Ola spokesperson said.

Uber, in a blogpost, said it has started operating in 25 cities including Jamshedpur, Kochi, Cuttack and Guwahati (green zone) as well as locations like Amritsar, Rohtak, Gurugram and Visakhapatnam (orange zone).

"Our services remain suspended in all cities which fall under the red zone. However, we'll continue to serve our communities in this zone with Uber Essential and UberMedic," it said.