Signalling the seriousness of the situation, the White House was working closely with Colonial Pipeline to help it recover from the ransomware attack, which forced the biggest US fuel pipeline operator to shut a network supplying populous eastern states.
By :
| Updated on: 10 May 2021, 03:13 PM 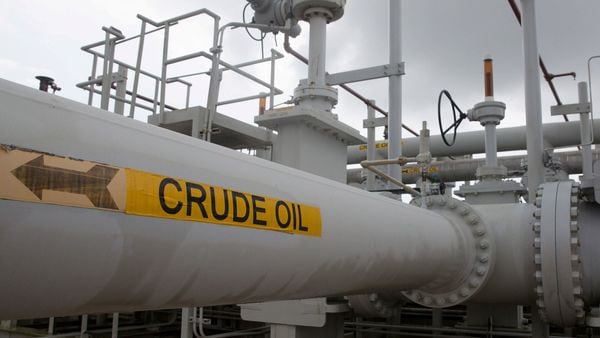 Crude prices climbed more than 1% on Monday after a major cyberattack that forced the shutdown of critical fuel supply pipelines in the United States, highlighting the fragility of oil infrastructure.

Signalling the seriousness of the situation, the White House was working closely with Colonial Pipeline to help it recover from the ransomware attack, which forced the biggest US fuel pipeline operator to shut a network supplying populous eastern states.

Colonial's network is the source of nearly half of the US East Coast's fuel supply, transporting 2.5 million barrels per day of gasoline and other fuels, and the company had to shut all its pipelines after the cyber attack on Friday, which involved ransomware.

It was not clear who carried out the attack, but sources told Reuters the hackers were likely a professional cybercriminal group.

Colonial said on Sunday its main fuel lines remain offline but some smaller lines between terminals and delivery points are now operational. It didn't say when the network might return to full operational capacity.

"The major takeaway is the bad guys are very adept at finding new ways to penetrate infrastructure," Andrew Lipow, president of Lipow Oil Associates told Reuters. "Infrastructure has not developed defences that can offset all the different ways that malware can infect one's system."

A prolonged shutdown of the line, described as the "jugular of infrastructure" in the United States by one analyst, would cause prices to spike at gasoline pumps ahead of peak summer driving season, a potential blow to US consumers and the economy.

US gasoline prices jumped nearly 2%, while heating oil was up by more than 1%.

The attack has prompted calls from American lawmakers to strengthen protections for critical US energy infrastructure from hacking attacks.

The Department of Energy said it was monitoring potential impacts to the nation's energy supply, while the US Cybersecurity and Infrastructure Security Agency and the Transportation Security Administration told Reuters they were working on the situation.