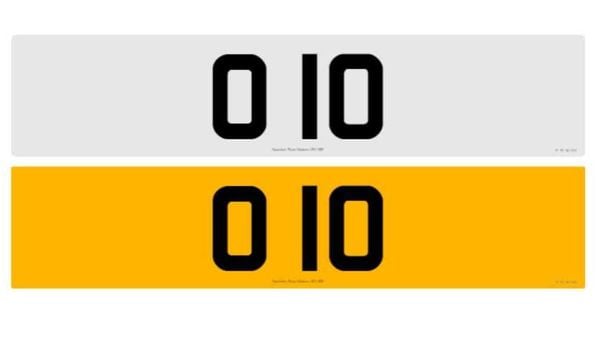 Photo of this vintage number plate was tweeted by @silverstoneauc

If you thought that luxury car was expensive, pause and take a look at a rare number plate from 1902 which was recently auctioned for a massive 128,800 pounds (approximately ₹1.26 crore) in the UK. At its auction price, this particular number plate is more expensive than the retail price of some of the best sports cars in the world.

But the number plate isn't just about the numbers and the plate but its tale through the decades. It was reportedly first issued back in 1902 in Birmingham and was first owned by a man named Charles Thompson. Even back then, when automobiles were a very rare sight, the plate was quite unique and it and the vehicle it was on were easily identified. It was passed on to a Barry Thompson when Charles passed away in 1955.

Barry died in 2017 after having used the plate on a series of Jaguars, Austin A35s, Mini and Ford Cortina.

SOLD! Our #automobilia sale is under way and registration number 'O 10' has just sold for £128,800 (inc. buyers premium) after it came to market for the first time since 1902! @ClassicMotorNEC #Silverstoneauctions pic.twitter.com/WNc8Tq18KY

The number plate remained off vehicles till the recent auction conducted by Silverstone Auctions. The winner of the auction remains anonymous but the massive figure it fetched has elicited mixed responses. While some understand the possibly sentimental reasons for paying the huge some, others say that the same amount of money would have not only been enough for high-end sports cars but some vintage models as well.

Either way though, there is no denying that this here is a number plate that may be as special as the vehicle it gets put on next, if not more.