Renault Chairman has said that the company aims to present a new strategic plan, including the vision for its brands, by the end of the year, after a new CEO comes on board.
By :
| Updated on: 03 Jun 2020, 10:44 AM 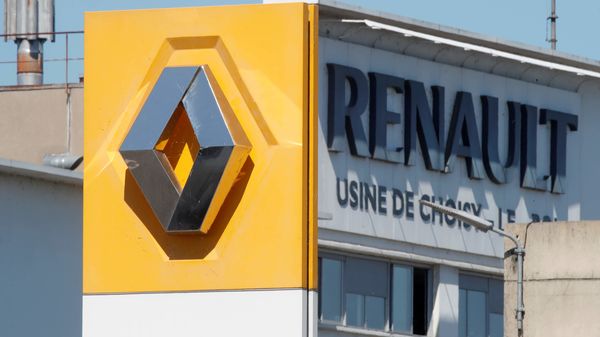 A Renault logo is seen at the main entrance of the Renault factory in Choisy-le-Roi near Paris, France.

France has not attached any major conditions to a 5 billion euro ($5.6 billion) state-backed loan for Renault, the carmaker's chairman said on Tuesday, although the finance minister called on the company to hold "exemplary" talks with unions.

Renault last week unveiled plans to cut about 15,000 jobs worldwide, including 4,600 in France where the company will seek voluntary departures and use retirement schemes.

The announcement sparked weekend protests at some factories, including at Maubeuge in northern France, although Renault Chairman Jean-Dominique Senard has pledged the site will not be closed.

Senard also told franceinfo radio that Renault aimed to present a new strategic plan, including the vision for its brands, by the end of the year, after a new CEO comes on board.