Nitin Gadkari had launched a mobile app 'Harit Path' to monitor the plantation along the national highways.
By : HT Auto Desk
| Updated on: 27 May 2021, 08:47 AM 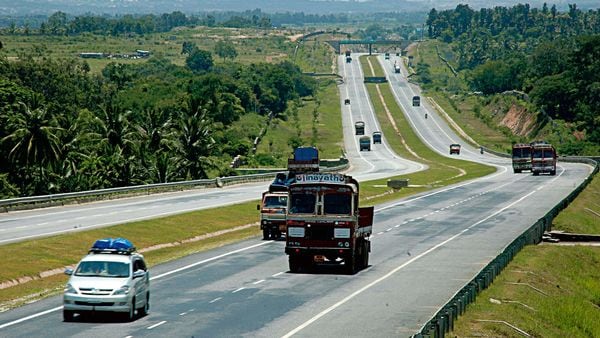 Union Minister Nitin Gadkari has said that not a single highway road in India is perfect when it comes to green plantation.

Union Minister Nitin Gadkari has expressed his displeasure at NHAI for not being able to make national highways greener. Speaking at a virtual event, the Minister of Road Transport and Highways lamented that not a single highway road in India is perfect when it comes to green plantation.

During the event organised by IIT Tirupati, Gadkari pointed out one of the officials and said, "Mr Pandey is there, I am seeing all national highway roads. He cannot show me a single road where good plantation is there; where good species are there. Totally negligent."

Nitin Gadkari had launched a mobile app 'Harit Path' to monitor the plantation along the national highways. "Already in contract, there is a plantation provision... I am confident as a minister with my verification, not a single road is a perfect as far green plantation is concerned," Gadkari said.

Nitin Gadkari has also urged the officials of the National Highways Authority of India (NHAI) to engage experts for plantation of trees along the national highways in a bid to promote green highways policy.

He also wondered how can an expert on road construction also be an expert on tree plantation. Gadkari said that specialised work must be undertaken by persons or agencies with the requisite expertise. "We need to take the help of people who are experts on plantation and and transplantation of trees," Gadkari said.

"That is important for the development of green highways. This is needed for the ecology and environment of the country," Gadkari added.

Gadkari also criticised the cement and road industry for indulging in cartelisation and exploiting people. "Making the cartel and increasing the cost is bad. We have to cut the cost of the roads by reducing use of cement and steel," he said. He also said that the government can reduce the cost of road construction by allowing people to import bitumen.