Niti Aayog has announced that the E-Amrit portal will now have a mobile app called by the same name, which is aimed to raise awareness on electric mobility among Indian consumers.
By : HT Auto Desk
| Updated on: 22 Jul 2022, 15:58 PM 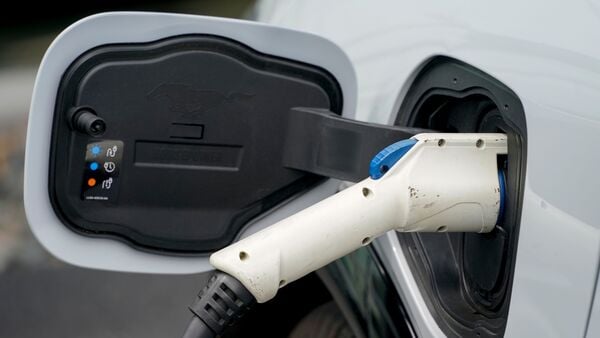 NITI Aayog has launched key initiatives to promote electric mobility in India. The central agency has announced a mobile app called E-Amrit to raise awareness on the issue. E-Amrit till now used to be a portal for EVs which aimed to be a one-stop-shop for all aspects of EVs. The new app will be launched on Google PlayStore soon for Android-based smartphones. Niti Aayog also came out with a report that says India's energy storage is likely to rise to its highest ever, thanks to growing demands for EVs.

The e-AMRIT app offers users key information like engagement tools that enable them to assess benefits of electric vehicles, determine savings and get all the information on developments in the Indian electric vehicle market and industry at their fingertips.

The report titled 'Advanced Chemistry Cell Battery Reuse and Recycling Market in India' said, "In India, segments like electric vehicles (EVs), stationary storage and consumer electronics are projected to be major demand drivers for the adoption of battery storage." The report noted that the electrification of transportation and battery energy storage in electricity grids are expected to be the key drivers in the growth of battery demand.

Parameswaran Iyer, CEO at NITI Aayog, said that development of EV infrastructure in India, support from government as well as the auto industry and foreign participation will help India's EV adoption to grow exponentially over the next decade.