Since the 1960s, Canada has aligned its vehicle safety and environment standards with the U.S. given the close integration of their car markets.U.S. President Donald Trump recently rolled back the Obama-era emission standards.Canada is forced to choose between harmonization—which would entangle plans to cut greenhouse gas emissions—or raising costs on car makers by going its own way.
By : Bloomberg
| Updated on: 04 Apr 2020, 09:28 AM 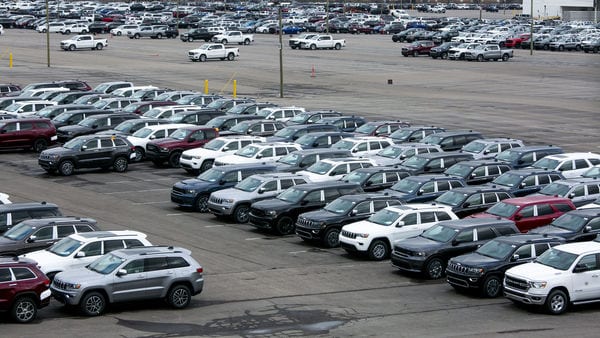 The Trump administration’s attempt to relax vehicle emission standards has put Canada in the tricky position of weakening its own rules or sticking to an alliance with California and the country’s domestic climate change targets.

Canada since the 1960s aligned its vehicle safety and environment standards with the U.S. given the close integration of their car markets. But President Donald Trump’s departure this week from Obama-era tailpipe standards forces Canada to chose between harmonization—which would entangle plans to cut greenhouse gas emissions—or raising costs on car makers by going its own way.

The new U.S. rules force companies to improve fuel efficiency on light-duty vehicles like sedans and small trucks by 1.5% a year from 2021 to 2026, compared to the Obama administration’s required 5% annual drop.

The new rules are confusing leaders at major car companies, who are watching how pushback within the U.S. unfolds and prefer a single, uniform standard across North America, David Adams, president and CEO of the Global Automakers of Canada, said in an interview.

“It has created some havoc in the marketplace," Adams said. He spoke for 18 car companies with a footprint in Canada, including North American manufacturers GM Canada, Ford Motor Co. of Canada and FCA Canada Inc.

California and 23 other states are fighting in court to keep stronger standards, and Trump’s announcement is expected to trigger more litigation. Four large carmakers also have backed California’s tougher rules.

Canada’s current regulations, launched in 2014, require the 5% annual improvement and will cut emissions by 7 million metric tons by 2030 if kept at the same level after 2026, a 2018 federal consultation paper says.

Coupled with 2017-2021 standards, the rules are projected to drive a 24 million metric ton drop in emissions from passenger vehicles between 2017 and 2030, the federal government told the United Nations in a December report.

Relaxing the rules would impede Canada’s ability to reach targets under the Paris agreement, and the government should work toward creating its own domestic rules, Jessie Pelchat, senior research with environmental group Equiterre, said in an interview.

Sticking to the existing standards also would reduce how much consumers pay at the pump, Pelchat said.

Canada will be 77 million metric tons short of its Paris goal in 2030 if all planned policies, including the existing tailpipe rules, are implemented, the report to the U.N. said.

Environment and Climate Change Canada will consider the new U.S. position in a midterm evaluation of its own rules that can begin now that the U.S. process is done, Moira Kelly, a spokeswoman for Wilkinson, said in an email.

The evaluation will consider California’s tougher standards, which the state says are close to the 5% threshold, Kelly wrote.

“Canada must remain focused on building a competitive, low-carbon automotive industry in order to keep pace with global trends," she wrote.

She didn’t provide a timeline for the end of the evaluation.

Canada and California signed a memorandum of understanding in July 2019 pledging to work closely on regulations for light-duty vehicles and increase the use of electric cars until 2025.

The vast majority of cars made in Canada are sold in the U.S., making easy exports between both countries critical, Adams said. But 40% of those exports go to California and 12 other states with the same tougher emissions rules, Kelly wrote.

Canada expects other policies to curb passenger vehicle emissions, including targets to increase the number of electric vehicles and a fuel standard that would prioritize cleaner gasoline.

But making the electric vehicle targets mandatory and adopting the clean fuel standard won’t be easy for the auto industry, who would bear a financial impact from the measures, Adams said.

The sector prefers a program to scrap older, high-polluting vehicles because existing policies focus on new cars, he said. It takes more than 20 years to turn over the on-road fleet, according to this group.

Canada should pursue all three policies because of how far the country has to go in meeting its emission targets, Pelchat said.