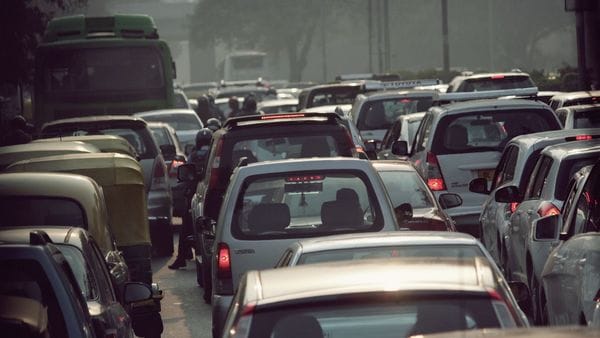 New Delhi, Nov 18 (PTI) The government on Monday said it has no information about any state not implementing the amended Motor Vehicles Act.

However, some states have reduced penalties in accordance with the powers granted to them under the new Act.

The new Act with stricter provisions has come into force in the country from September 1, 2019.

"The Ministry has not received any information from any state that have not implemented the provisions of the Motor Vehicles (Amendment) Act, 2019," Road Transport and Highways Minister Nitin Gadkari told Rajya Sabha in a written reply.

He, however, said that under certain provisions of the Act, states have the right to specify the amount for compounding of certain offences and accordingly some states, including Gujarat have reduced such penalties.

"As per section 200 of the (new) Motor Vehicles Act, 1988 the State Government may, by notification in the official gazette, specify such amount for compounding of certain offences. As per the available information, for certain offences Gujarat, Karnataka, Manipur and Uttarakhand have reduced the penalties," Gadkari said.

He said initially there were apprehensions about the implementation of certain provisions, including enhanced penalties for violations, of the new Act which got settled in due course.

"During the process of finalisation of the Motor Vehicles (Amendment) Act, 2019 detailed and numerous consultations with stakeholders were held. Further, the Bill was consulted and deliberated in detail in many meetings held by Department-Related Parliamentary Standing Committee on Transport, Tourism and Culture and the Select Committee of the Rajya Sabha," Gadkari said.