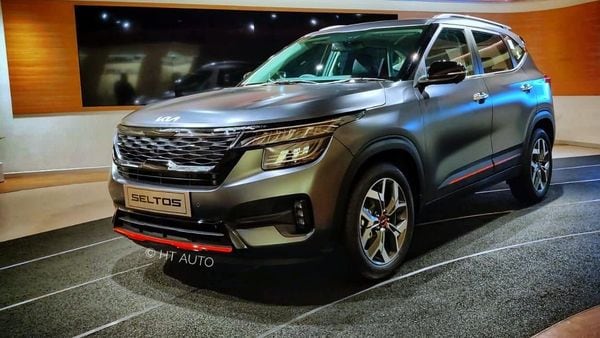 Kia Seltos is a crucial product for the Korean car manufacturer and its success in India has been a power push for the company the world over. While not the best-selling SUV model from Kia - Sportage wears this crown currently, Seltos has a solid fan following and the company sold a total of 24,131 units in the month of September across the world, outside of home base of South Korea. Of this, 9,583 units were sold to dealers in India alone.

Kia made its India debut in 2019 with the Seltos and the SUV managed to create a firm foundation for the company. While Carnival luxury MPV and Sonet sub-compact SUV have since been brought in as well, it is the Seltos that remains the volume driver for Kia in the country.

The competition is tough. The mid-size SUV segment here has a long list of some very formidable players and new entrants like Hyundai Creta, Tata Harrier, MG Hector, Volkswagen Taigun, Skoda Kushaq as well as the upcoming Mahindra XUV700.

Seltos, however, has managed to hold its ground in India well and even if it has started appearing a bit dated, Kia recently drove in the X-Line with key visual updates to keep the interest among prospective buyers intact. And even though the festive period is expected to further bolster market sentiments, the very real challenge of a semiconductor shortage has been threatening Kia and most other OEMs, not just in India but across the world. “As the festive period approaches, we are hopeful to see some improvement in semiconductor procurement. For the time being, we are taking all the measures to optimise the production and keep the waiting period of our vehicles in check," said Kia India Vice President and Head of Sales and Marketing Hardeep Singh Brar.

Reports suggest Kia Seltos may get a noticeable update at some point in 2022 to help it better take on newer rivals but this has not yet been confirmed by the company.