Uprooted trees, AC units falling down from buildings and traffic snarls at large made the sudden change in weather a not-so-welcome change for many in Delhi.
By : HT Auto Desk
| Updated on: 30 May 2022, 08:19 PM 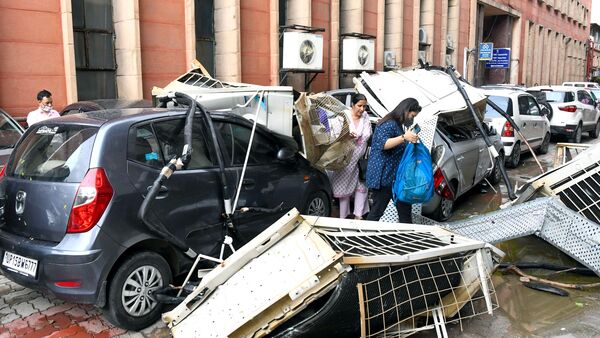 Installed air conditioners fell down on vehicles due to a strong wind storm following a rainfall at Sansad Marg, in New Delhi.

What was a bright and sunny summer Monday in Delhi quickly - and without warning - turned into a grey late afternoon with rain and hailstrom lashing several parts of the capital city. While the change in weather brought respite from the mounting heat, many found little to cheer as multiple vehicles parked on the streets here were damaged by uprooted trees and fallen electricity pole. 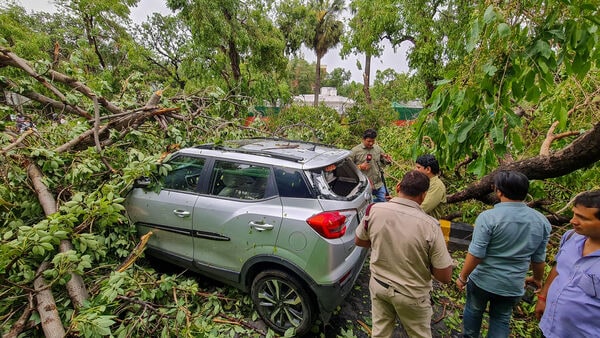 A damaged car on Ashok Road after an uprooted tree fell on it. (PTI)

News agency PTI reported at least one car in a parking space in Connaught Place damaged heavily after a tree was uprooted and fell on it. Trees were uprooted on Janpath Road too and one such tree fell on BJP MP Parvesh Verma's car which was heavily damaged. News agency ANI also showed visuals of a DTC bus trapped under a fallen tree, leading to a traffic snarl near Sanchar Bhawan. Air-conditioner units installed on buildings also fell on cars parked on the street in Sansad Marg. 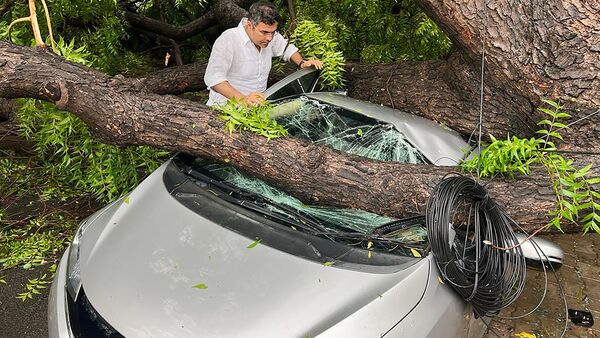 Traffic jams were reported at key intersections across the capital while multiple flights were diverted.