The survey involved 24,000 consumers in 23 countries during September-October 2020.Indians appeared more eager for subscription-based model than their counterparts in China, US, Germany among other major car markets.
By :
| Updated on: 22 Jan 2021, 08:43 AM 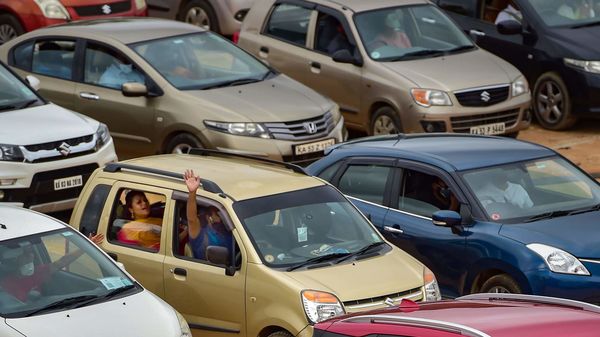 With the coronavirus pandemic bringing a change in consumer mindset, a majority of potential car buyers (69 per cent) in India are open to subscription-based vehicle ownership, the highest among global consumers, according to a study by Deloitte.

Indian consumers have also shown a strong inclination towards digital and technology adoption with 81 per cent of them preferring connected cars, owing to the benefits and convenience that comes through smartphone connectivity, as per the 2021 Global Automotive Consumer Study by Deloitte.

The percentage of consumers who are somewhat or very interested in a subscription that allows access to different models from the same brand stood at 69 per cent in India followed by China at 60 per cent, South Korea 45 per cent, Japan 27 per cent, US 26 per cent and Germany 23 per cent.

"Consumers in India and China are also more willing to pay for access to a vehicle subscription service compared with people in Japan, Germany, and the United States," it added.

Deloitte India Partner and Automotive Leader Rajeev Singh said the automotive industry took the Covid-19 pandemic as an opportunity to open up a new world of possibilities.

He added that the industry has delivered a message that technology and personalisation will play a critical role to facilitate top-notch products, and after-sales service with an advanced customer experience being at the core of strategies.

"Our survey report shows newer alternatives of vehicle ownership, including 48 per cent of consumers interested in paying a reasonable fee for virtual servicing," he added.

Deloitte had surveyed over 24,000 consumers in 23 countries during September-October 2020, to explore opinions regarding a variety of critical issues affecting the automotive sector, including the development of advanced technologies.

The study also found that Indian consumers showed "a strong inclination towards digital and technology adoption as 81 per cent of them prefer connected cars, owing to the benefits and convenience that come through smartphone connectivity".

There is also a conscious approach seen towards data sharing, as 66 per cent Indians fear data theft and hacking into their connected car. Indian respondents have shown willingness to pay up to ₹25,000 more for a vehicle with advanced technologies, it added.

While Covid-19 has accelerated adoption of virtual vehicle sales, the study found that Indians still wanted an in-person experience.

"Even though Covid-19 has propelled sale of vehicles virtually and India is leading the chart among other countries in this regard, 60 per cent of respondents still wanted to have the look and feel of the vehicle before making the buying decision," the study found.

Deloitte also said though there has been a longer-term trend toward electric vehicles (EVs), 68 per cent of Indian respondents still prefer gasoline/diesel engine powertrain for their next vehicle, as they look for more familiarity and affordability in the face of near-term uncertainty.

"The top concern about EVs in India is majorly due to lack of charging infrastructure (26 per cent), followed by safety concerns (25 per cent), whereas the major concern in developed economies like the US and Germany is the battery range," it added.