This move will eventually result in the reduction of emissions, as a less number of trailers will be able to transport more two-wheelers.
By : HT Auto Desk
| Updated on: 27 Feb 2022, 04:33 PM 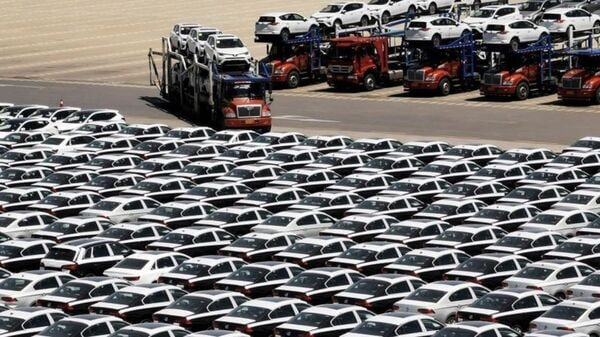 Union Ministry of Road Transport and Highways (MoRTH) has allowed rigid vehicles as well as trailers to have a maximum of three decks in order to transport two-wheelers, revealed an official statement on Sunday. The load body must not come over the driver's cabin, further stated the official statement by MoRTH.

The statement claims that this would enhance the carriage capacity by 40-50 per cent. Increasing the number of decks for the trailers carrying two-wheelers will not only increase their carriage capacity, but this would boost the transport and logistics players' capacity as well. This will eventually result in the reduction of emissions, as a less number of trailers will be able to transport more two-wheelers.

"The Ministry of Road Transport and Highways has issued a notification on February 25, 2022, to amend Rule 93 of the Central Motor Vehicles Rules 1989, whereby rigid vehicles and trailers can have a maximum of three decks to transport two-wheelers, with the load body not projecting over the driver's cabin," the official statement said.

In a separate official notification, the MoRTH has said that cash vans shall comply with the minimum requirements as stated in the Automotive Industry Standard-163:2020, as amended from time to time, till the corresponding BIS specifications are notified under the Bureau of Indian Standards Act, 2016 (11 of 2016).