MG says that the production capacity would be increased five times to 300 ventilators per month in the first phase which is scheduled to be completed in eight weeks.
By : Shubhodeep Chakravarty
| Updated on: 29 Apr 2020, 12:52 PM 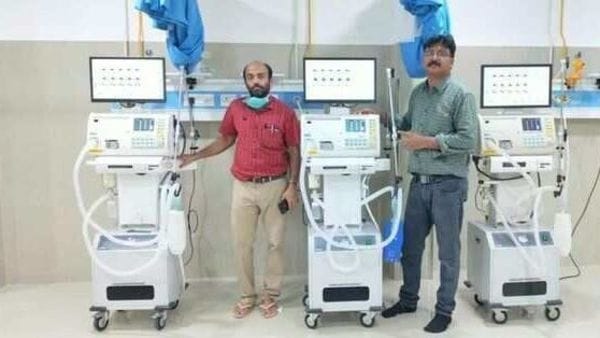 MG Motor India on Wednesday announced it has joined hands with Vadodara-based MAX Ventilator to help increase the production rate of the key medical equipment required in the fight against Covid-19.

MAX Ventilator is part of AB Industries that has been manufacturing ventilators since it was founded back in 1995. The tie-up with MG is aimed at augmenting the production by addressing specific areas of the supply chain, IT system and manufacturing processes. The company had said in the first week of April that it was in talks with three companies to possibly help increase ventilator production.

A press statement issued by MG says that the production capacity would be increased five times to 300 ventilators per month in the first phase which is scheduled to be completed in eight weeks. In the second phase, the aim is to ramp up production to 1,000 units per month depending on demand. "We understand that ventilators are the most critical requirement at this time, and we would do our best to enhance ventilator production," said Rajeev Chaba, President & Managing Director, MG Motor India. "The collaboration comes as a result of aligned core values of both organisations and is designed to work towards the common goal of serving the communities around where our operations are based."

We're joining @maxventilator in the fight against Covid-19 by helping them enhance ventilator production capacity and help out our healthcare warriors. https://t.co/oyHnMU0ljB

MG previously informed that it has provided 100 Hector SUVs to provide hassle-free and convenient travel options to workers in the frontline of the fight against Covid-19. (Full report here)

MG is one of several automakers in the country to have joined the battle against Covid-19. Maruti Suzuki was first off the block. Chairman RC Bhargava recently told HT Auto that MSIL's partnership with AgVa Healthcare has led to 300 ventilators being manufactured each day. Others like Tata Motors, Hyundai, Mercedes, Volkswagen and Mahindra, among others, have also stepped in in a big way.