Currently the auto sector contributes 7 per cent of the GDP. The report said the auto sector will be playing a pivotal role by increasing its contribution to GDP to 12 per cent.
By : PTI
| Updated on: 07 Sep 2020, 08:33 AM 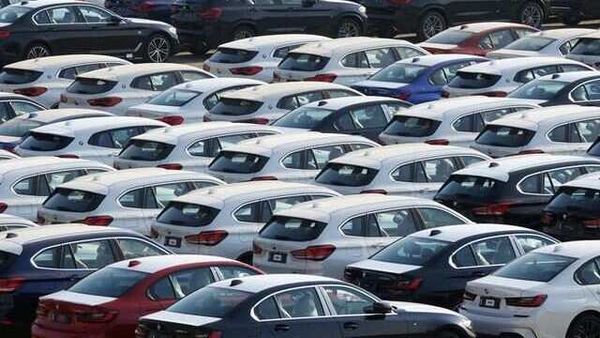 The NRI India report said that the auto sector will be playing a pivotal role to fulfil government's GDP target by increasing its contribution to GDP to 12 per cent. (File photo)

A long-term regulatory roadmap is required for the automobile industry to grow and increase its contribution to GDP to 12 per cent from the current 7 per cent, according to a report by Nomura Research Institute Consulting and Solutions India (NRI India).

"The Indian automotive industry has kept pace with these changes and in recent years has undergone a number of changes in the domain of passenger safety, emission control and connected technology.

"One such highlight is leapfrogging from BS 4 to BS 6 emission norms and hence achieving parity with Euro emission norms," the report said.

In addition to the positives these changes have brought to the Indian market, they have also brought Indian automotive industry at par with the developed regions like Europe, Japan and the USA.

Further, the much needed amendments to the Motor Vehicle Act (MVA) have been commendable steps by the government of India, it said.

"However, there have been many instances where regulations are enforced without adequate lead-time and deliberations. It may be important to study the regulation formulation process adopted by global agencies and take learnings for deciding timeline and lead-time for regulation implementations," it said.

The NRI India report further said that for fulfilling the government's GDP targets, the auto sector will be playing a pivotal role by increasing its contribution to GDP to 12 per cent from current 7 per cent.

"In this journey for ensuring growth, interests of young and aspirational consumers from various strata of the society need to be kept in mind," it added.

The report said the government intends to implement some future regulations to keep pace with the developed countries in terms of emissions, fuel economy and safety.

"However, in absence of a clear roadmap, it becomes extremely challenging for the industry to adopt new technologies and comply with regulations at an affordable cost.

"A holistic long-term roadmap will not only help industry to prepare well for future but also help attract investments for local development of technology in India to promote #AatmaNirbharBharat mission," it said.

"Economic status of consumers, price sensitivity, number of cars per 1,000 individuals, technology and infrastructure development and driving behaviour are some of the areas which differentiate India from the other countries," it added.

Despite being one of the biggest automobile markets globally, automobile penetration in India is still only around 3 per cent as compared to China with 18 per cent, Japan around 60 per cent, and over 80 per cent and 90 per cent in the UK and the US respectively.

"This low penetration indicates India's growth potential. Implementing multiple regulations at a time will increase the prices of the vehicles leading to subduing growth in the price sensitive Indian market, which can be detrimental for India's overall economic growth," the report pointed out.

To avoid such a scenario, it said, "A visionary roadmap with clearly laid out timelines will provide clarity to the entire automotive industry. It will provide sufficient time for infrastructure development and enable OEMs (original equipment manufacturers) and suppliers to plan the development time and costs judiciously."

With such planning, OEMs will also be able to spread the price increases gradually to prevent consumers from a price shock, allowing sales to flourish along with technological developments.

"To ensure the prosperity of the nation and the industry, it is essential that we ensure that affordability of vehicles for consumers remains intact," the report added.