Inter-state and intra-state movement of people and goods in Karnataka is allowed, but people are requested to avoid unnecessary travel.
By : HT Auto Desk
| Updated on: 22 Apr 2021, 05:28 PM 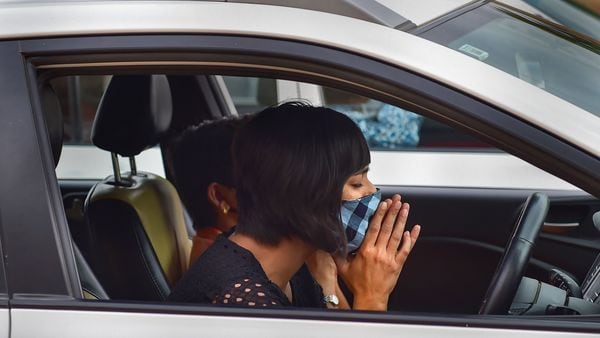 Several states have already imposed travel restrictions in an attempt to curb the Covid-19 comntamination.

In an attempt to curb the rapidly spreading contamination of Covid-19 in Karnataka, the state government on Tuesday issued a new set of guidelines and imposed a night curfew in the state from April 21. In addition to the night curfew between 9 pm-6 am, the Karnataka government has also added a weekend curfew to battle the Covid-19 pandemic.

The idea behind the weekend curfew along with the pre-existing night curfew and movement restrictions are to ensure that a maximum number of people remain at their homes and avoiding any kind of crowd as such scenarios increase the risk of further spread of the contamination.

The Karnataka government has urged people to avoid unnecessary travel through private vehicles. However, the guidelines clarify that there is no restriction on inter-state or intra-state movement of people and goods. No separate permission or passes are required for that.

However, in an attempt to reduce the rush in the public transport system and maintain social distancing norms, the number of people travelling in buses, maxi-cabs, tempo travellers, and metro has been capped at 50% of the seating capacity. Other vehicles also have to follow the same as stipulated by the RTO.

According to the guidelines issued by the Karnataka government, movement of people through the public transport system including metro, KSRTC, BMTC, NEKSRTC, NWSRTC, private buses, trains, taxis, app cabs, auto-rickshaw, etc, is permitted adhering to the Covid-19 protocols set by the government.

The state or central government employees and the autonomous bodies involved in essential Covid-19 services can move unrestricted. People who are part of industries and organisations that require operations 24x7 and those deployed in essential services are allowed to move freely, but they have to provide the valid IDs issued by their employer.

Essential services like telecom or internet service provider employees can move and avail transportation upon providing valid IDs. People who are eligible for vaccination can move and avail transport system upon showing minimal proof. People who are travelling from and to Karnataka can avail public transport or private vehicles to move. However, they need to carry relevant proof such as tickets.

Patients and their helpers and close relatives requiring essential travel are allowed to move. People who need medical assistance can also step out of their homes. In case of emergencies, people required to visit doctors or hospitals are free to move.

Amidst this unprecedented crisis, several other state governments and cities have announced curfews and lockdowns with the objective to curb the spread of contamination. Delhi government has announced a lockdown till April 26, while Maharashtra has imposed travel restrictions.

In such a crisis scenario, we advise our readers to extreme precautions and avoid unnecessary travel.