Karnataka, Delhi lead states with most vehicles older than 20 years

The number of 20-year-old vehicles in Delhi assume significance as the Supreme Court had ruled in 2018 that any registered diesel vehicle more than 10 years old, and any petrol vehicle over 15 years old cannot operate in NCR.
By : HT Auto Desk
| Updated on: 31 Jul 2021, 08:59 AM 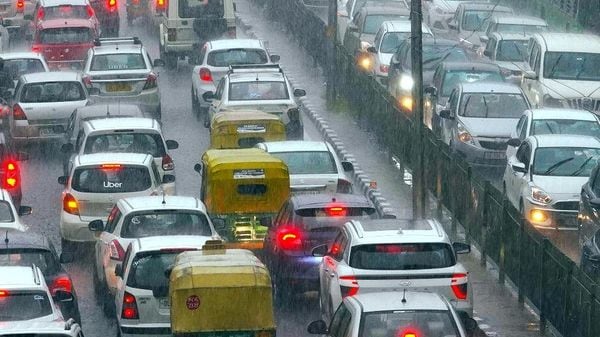 Delhi has more than 36 lakh vehicles older than 20 years, the second highest in the country after Karnataka. (File photo)

Karnataka and Delhi have emerged as the states where most number of vehicles older than 20 years are still plying on roads. According to Minister of State for Environment Ashwini Choubey, both states account for more than 75 lakh such vehicles still.

The minister shared the list of states with most number of vehicles older than 20 years while replying to a query in Parliament on Friday. He said that at present, there are nearly 2.15 crore vehicles on Indian roads which are past their prescribed life cycles.

Besides these three states, Kerala recorded 20.67 lakh vehicles older than 20 years, Tamil Nadu accounted for 15.99 lakh while in Punjab, 15.32 lakh such vehicles are still operating.

The list does not include states like Andhra Pradesh, Madhya Pradesh, Telangana and Lakshadweep. The minister said these states were excluded from the list because they are not in centralised Vahan 4 portal.

For Delhi, the report is significant since the Supreme Court decided to crack down on old vehicles in an effort to cut down on pollution in the city. Three years ago, the top court had ruled that any registered diesel vehicle more than 10 years old and any petrol vehicle over 15 years old cannot operate in the Delhi-NCR region.

The vehicles included in the list may be too old to operate in certain parts of the country. But they may not be polluting vehicles. The minister said that there have been no assessment to check how much pollution may be caused by these vehicles.

The Centre has already come out with a draft policy to scrap vehicles that have seemingly gone past their life cycle. The Vehicle Scrappage Policy will allow owners to sell off their old vehicles and get incentives, or use their old vehicles after a mandatory fitness test and a higher fee to keep them on the road.