Hyundai, Toyota are among the frontrunners globally in the hydrogen fuel cell technology domain.
By : HT Auto Desk
| Updated on: 01 Apr 2021, 16:12 PM 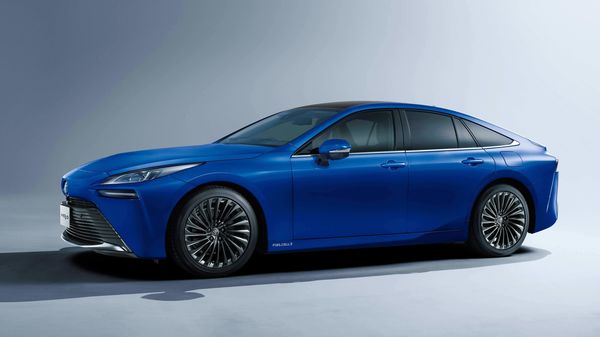 The Toyota Mirai is one of the few hydrogen fuel-cell vehicles available in global market.

(Also Read: Daimler to hit the gas on electric shift after strong start to 2021)

NTPC Ltd, the largest power generation company in India, has plans to issue a tender soon to procure 20 such hydrogen fuel cell vehicles for pilot projects in New Delhi and Leh, reveals a report by LiveMint. Like several countries across the world, the Indian government has been pushing the green mobility concepts and hydrogen fuel technology is among one of the green mobility technologies besides the pure battery electric vehicles.

The central government has been urging the automakers present in India to develop vehicles that can run on cleaner fuels to curb pollution. Hydrogen fuel cell technology is considered one of the cleanest among the alternative powertrain technologies because all it emits is water.

The hydrogen fuel cell vehicles run on hydrogen gas, which is produced by splitting water into hydrogen and oxygen using an electrolyzer and is powered by electricity generated from clean energy sources like wind and solar.

Hyundai and Toyota are among the few automakers globally that are working on hydrogen fuel cell technology. With NTPC expected to invite bids for setting up 1-megawatt electrolyzers each in Delhi and Leh to fuel the zero-emission hydrogen fuel cell vehicles, the abovementioned automakers have evinced their interest to be a part of this pilot project.

As part of the pilot project, NTPC may run super-luxury hydrogen buses between Delhi and Jaipur, one of the busiest routes in North India. The tender is expected to be for a total of 10 buses and 10 cars for Leh and Delhi, as the report claims. This project comes as part of the proposed National Hydrogen Energy Mission.

This pilot project will not only help NTPC to understand the feasibility of the green powertrain technology but help the automakers too to develop and improve their technologies in the segment.

While Toyota and Hyundai have shown interest in the hydrogen fuel cell-powered car segment, commercial vehicle manufacturers like Tata Motors and Ashok Leyland have shown their interest in the CV segment. Both Tata Motors and Ashok Leyland, two of the major CV manufacturers in India, have been working on developing hydrogen fuel cell vehicles.