Hyundai has been facing supply disruption in the front camera semiconductor for Kona EV and PE modules for the Ioniq 5.
By : HT Auto Desk
| Updated on: 31 Mar 2021, 03:38 PM 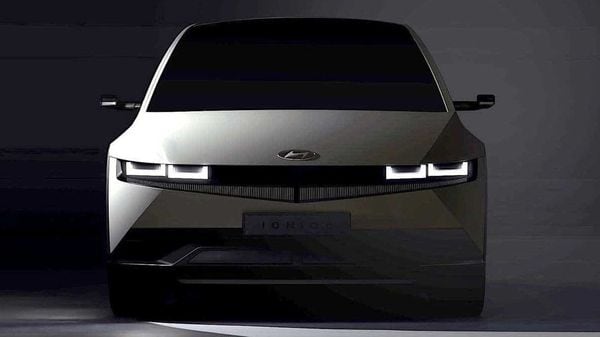 Hyundai Ioniq 5 will be headed to the European countries first.

Hyundai Motor has announced that it will be temporarily shutting its South Korean facility that produces Kona EV and Ioniq 5 as the company continues to struggle with the lack of automotive semiconductors.

The company's Ulsan Plant 1 will be closed from April 7 to 14 due to parts supply problems as the company was unable to avoid production disruptions. The company, that checks its semiconductor inventory on a weekly basis, has been facing supply disruption in the front camera semiconductor for Kona and PE modules for the Ioniq 5.

The PE module is a module for driving parts such as electric vehicle motors and inverter decelerators and corresponds to the powertrain of an internal combustion engine.

Throughout April, production shortages for Kona and Ioniq 5 are expected to be about 6,000 units and 6,500 units, respectively, due to component supply disruptions.

The company has said that though the production plan is being adjusted, including reducing the production of vehicles containing semiconductors and operating production lines focusing on popular vehicle types, the secured supplies have been gradually falling short.

Earlier this month, it was reported that production of Hyundai's all-electric Ioniq 5 could get impacted due to a dispute between the company and the union workers at its Ulsan plant. The company was reportedly at loggerheads with union workers regarding the number of workers that will build the Ioniq 5 EV and the numbers of hours that they will work for.

All of this comes at the backdrop of Hyundai's ambitious plans for electric vehicles, especially its first-ever electric mid-sized crossover Ioniq . The company aims to sell around 100,000 units of the EV globally by 2022, with around 30-40% in Europe, 30% in North America, and 20% in South Korea.