Hours for burger: McDonalds' drive-thrus in UK open to cars stretching for miles

Photos and videos of cars lined up for miles outside McDonalds' outlets went viral on social media with many people inside these vehicles stating that they had to wait for roughly two hours to get a bite.
By : HT Auto Desk
| Updated on: 22 May 2020, 04:20 PM 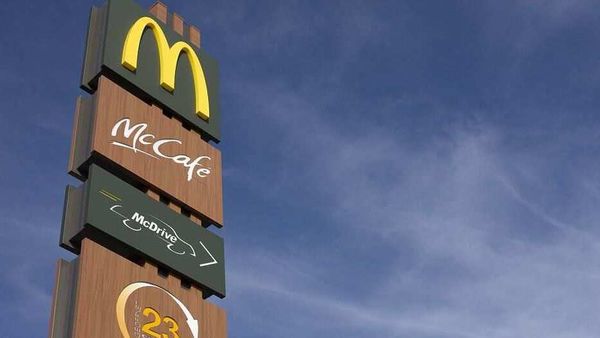 The resumption of work at McDonalds' outlets in many countries have resulted in cars lining up for miles just to get a bite from here.

Fast food may have been the one singular most-missed item across the world during periods of lockdown due to the Covid-19 pandemic. After several cities in New Zealand and the United States reported long lines of cars waiting for fast-food orders once the countries lifted or relaxed restrictions, similar scenes were witnessed across cities in the UK where serpentine queues formed outside 33 drive thrus that were opened by McDonalds recently.

Photos and videos of cars lined up for miles at many of these outlets went viral on social media with many people inside these vehicles stating that they had to wait for roughly two hours to get a bite. "Every second of every minute of every hour was worth it," a man inside an Audi was quoted as saying by local media outlets.

What has the world come to. 2 hour traffic jams for #McDonalds nuggets 😂😂😂😂

Yeah I'm not that desperate for a @McDonaldsUK 🤣🍔🍟 que went on another couple of miles after the roundabout... #mcdonalds pic.twitter.com/RnKBkD8ekX

Many of the 33 McDonalds' outlets opened after the country relaxed restrictions had options for takeaway and for drive-thru. There were just six more which provided home delivery, according to UK's Daily Mail. As such, many of those who may have been unable to order in opted to step into their cars and take matters - and burgers - into their own hands.

Outlets in Hounslow, Sutton, Ipswich, Watford, Hertfordshire and others opened up drive-thrus. At most of them, there was a patient wait in cars for turn to place and pick orders. Streets which had thus far been rather empty were packed with a single-stream of cars lining up. Little wonder then that local cops deputed here kept a close watch so that the waiting cars don't spill over to the main road and cause traffic disruptions. 'McDonald's and its franchisees are working closely with local authorities and the police, and may determine that it is necessary to close Drive Thru lanes if queues cause disruption at busier sites or put employees or customers at risk," a statement from the company read.