The two car makers have turned to their banks to secure much needed cash, and Fiat is looking at debt guarantees that the Italian government has approved.
By : Reuters
| Updated on: 07 Apr 2020, 10:20 AM 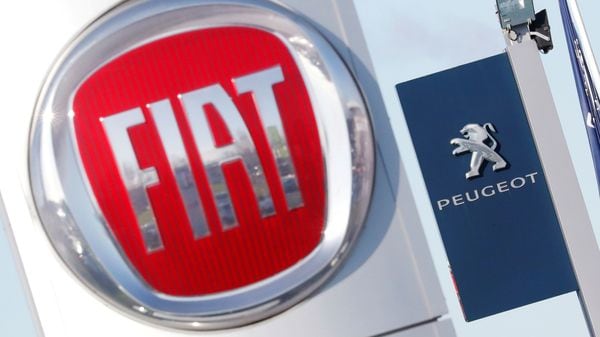 With their sales hammered by the coronavirus outbreak, car makers Fiat Chrysler and Peugeot's owner PSA have postponed their shareholder meetings and are looking at ways to boost cash reserves ahead of their planned merger.

The two car makers have turned to their banks to secure much needed cash, and Fiat Chrysler (FCA) is looking at debt guarantees that the Italian government approved on Monday to support local companies, a source with knowledge of the matter told Reuters.

FCA, whose legal headquarters is in the Netherlands, runs several plants in Italy and may qualify for the government scheme which offers more than 400 billion euros worth of liquidity and bank loans to companies hit by the pandemic, the source said, cautioning no decision had been made.

The crisis triggered by the virus has virtually erased demand for new vehicles, pushing automakers to temporarily halt most production.

In late March FCA secured a 3.5 billion euro credit line, with an initial 12-month term that can be extended six months. This added to existing credit facilities worth 7.7 billion euros.

The Italo-American firm, chaired by John Elkann, scion of the Italian Agnelli family, would need to cut its ordinary dividend if it decides to pursue state aid from Italy.

The emergency decree says companies looking to apply for Italy-backed loans must refrain from approving dividend payments for a year.

FCA's decision to postpone the shareholders' meeting to late June has analysts speculating that its ordinary dividend worth 1.1 billion euros could be axed or postponed.

"While the merger process is proceeding, the postponement of the AGM will raise markets' concerns of a potential cancellation of the ordinary dividend," said Intesa Sanpaolo analyst Monica Bosio.

Equita analyst Martino De Ambroggi echoed that the most likely scenario was "the cancellation or at least the postponement of the ordinary dividend for both FCA and PSA."

PSA, which proposed a similar 1.1 billion euro dividend, also decided to postpone its annual shareholders' meeting to June 25. But the company is not expected to tap state funding, another source close to the company said.

The French firm, led by Carlos Tavares, said on Monday it had agreed new credit lines worth about 3 billion euros.

It is sitting on undrawn credit facilities worth about 3 billion euros.

FCA shares are down around 45% since late February when the virus started spreading in northern Italy. PSA's stock is down 32%.

In December, they clinched a binding agreement to create the world's fourth-largest carmaker, with shareholders of each group holding 50 percent in the new entity.

As part of the deal, FCA is set to pay a 5.5 billion euro special dividend to its investors. Bankers and analysts have questioned FCA's ability to pay such a windfall.

"It's no longer wise to get rid of so much cash," said the first source with knowledge of the matter.

A second source close to the deal said that while both parties were still committed to tying the knot, they needed to see how the crisis evolved before deciding whether to renegotiate merger terms.

Analysts at Jefferies have said the merger is key to the two firms' long term competitiveness but some adjustments are "inevitable." They pointed to the special dividend which is expected to be paid in early 2021, just before consummation.

Global car makers may end up selling between 19 and 24 million fewer cars this year, representing a 22% to 27% fall in global sales, according to a study by Alix Partners.

This means global auto firms would be below break-even, losing more than 100 billion euros in cash flow globally, the study said, adding that for every month of idled production in Europe, car makers would lose 7 billion euros of cash flow.