Harley Davidson’s retro-themed Softail Deluxe is beautiful to look at and a pleasure to ride. It, however, comes at a steep price. At ₹18.65 lakh (ex-showroom) it may be the second-most expensive Softail in India after the Heritage Classic.
By : Autocar
| Updated on: 19 May 2018, 09:12 AM 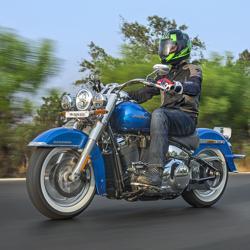 The Deluxe stands out in the Harley Davidson Softail line-up as a classic retro-themed machine.

In 2017, Harley-Davidson merged the Dyna and Softail lines of bikes into one big Softail family. It was a bold move - one that die-hard Dyna fans still haven't fully gotten over (and probably never will). However, the bigger talking point with the new Softails is the brave design direction some of the iconic models have taken. Now Harley had to be extra careful here, considering how few other motorcycle brands are as driven by heritage as this one. So, while some models (like the new Fat Bob and Fat Boy) went funky and futuristic, others kept the original design brief, essentially to not scare away the brand's traditionalist customer base. The Deluxe belongs to the latter.

The Deluxe stands out in the Harley Softail line-up as a classic retro-themed machine, through and through. It achieves this identity with enough chrome to cover a football field, 16-inch wire-spoke wheels and lovely white-walled Harley-Davidson-branded tyres by Dunlop. The large LED headlamp flanked by two smaller auxiliary LED lights grabs immediate attention, but there are some lovely details to soak in on a closer inspection. The angular indicator holders at the front and rear, for instance; or the chrome garnish on the edges of both fenders. All of this is delectably offset by the Electric Blue paint scheme (this bike is an attention super-magnet!), but there are four other colours available, if the blue is too flashy for your taste. 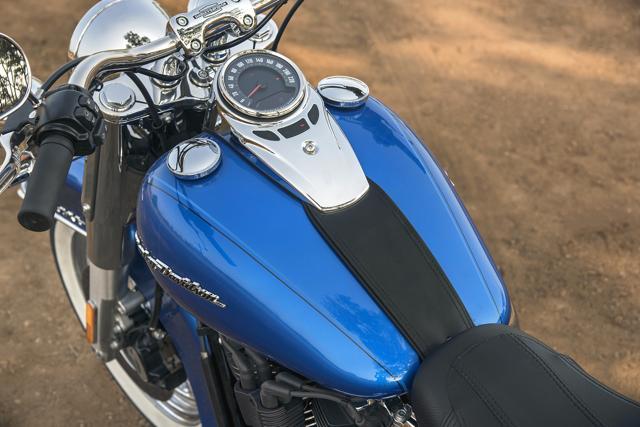 The view from the rider's view point is equally special. Chrome glints in your peripheral vision from the dual fuel caps (the left one is decorative), the pull-back handlebar, the shiny instrument cluster housing and the top circumference of the three lamps. The Deluxe ships with a low (just 675mm high) scooped-out single seat, but as it is with nearly all Harleys, an optional pillion seat can be added.

As with all the new Softails, build quality and finish levels on the Deluxe are high. The chrome-treated engine fits tightly within the frame with minimal gaps, the wiring is concealed quite well, and the engine's oil-cooler is subtly housed at the front of the frame. The bike ships with a keyless start/stop system but you still need to use a standard key to lock the handlebar. It also has an alarm system that sounds-off if someone sits on the bike. There's no button on the key or the key fob to deactivate the alarm. You have to take the key close to the bike to turn the system off. This is especially annoying when you live in an apartment building and some inconsiderate idiot inevitably decides to try the bike on, for size. Another grouse comes in the lack of a side-stand down warning or engine cut-off, which can be dicey on such a heavy motorcycle. 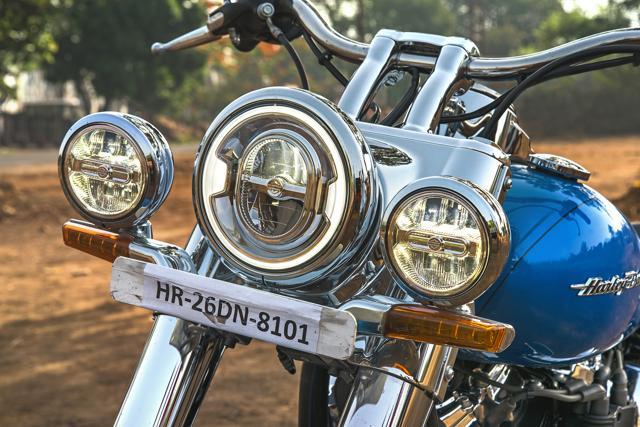 Design aside; three things have made the new Softails so special - the engine, its frame and its suspension. Let's start with the engine. We know the 107 Milwaukee Eight well, now. This 1,745cc twin-cam engine has impressed in a number of big Harleys, these days. Twin counter-balancers have ironed-out excessive vibrations; but still, you get all the necessary sensations you want and expect from a big and lumpy V-twin. Its throttle response is smooth and there's a massive (massive!) wave of torque, available always. But, it's so much sweeter to lazily cruise down the highway and access those masses of torque whenever you feel like, with a small twist of the throttle.

The frame is now a familiar affair, too. Shared across the Softail family, this new frame neatly hides a monoshock, and this allows the engine to be rigid-mounted. Stiffness levels are now much higher, as well, which has resulted in a considerable improvement in the handling department. Then there's the new Showa suspension at the front and rear, which has simply transformed the way the bike rides, especially on our roads. 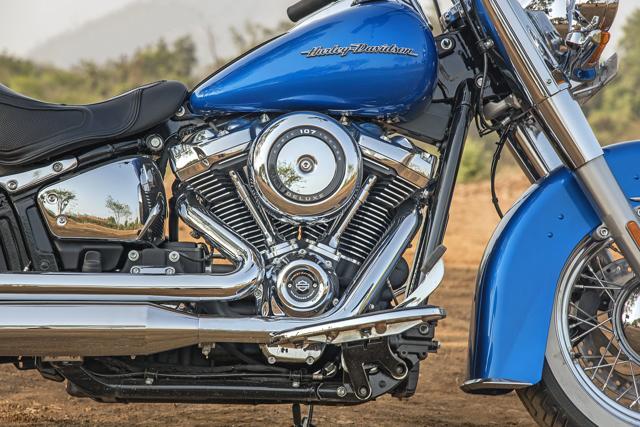 For a bike that weighs 318kg, the Deluxe is such a friendly surprise! A low centre of gravity matched with immense stability means I was soon filtering through heavy traffic without a worry, and even going for the kind of gaps I would on most other motorcycles. Its heavy clutch aside, this is a bike I wouldn't even mind commuting on - and that's high praise for a machine of this kind.

Out on the open road at higher speeds, stability is a constant and wonderful companion - but the suspension makes for an even more valuable ally. Compared to the hard, over-damped feeling from the older-generation Harleys, this system is miles ahead and it actually does a fairly good job of soaking in bumps and inconsistencies. Sure, it's not plush like an ADV bike, but mild potholes or expansion gaps are no longer causes for panic and you can confidently take the Deluxe down narrow, rough and rutted country roads knowing that you'll get to the other side with both you and your machine in one happy piece. 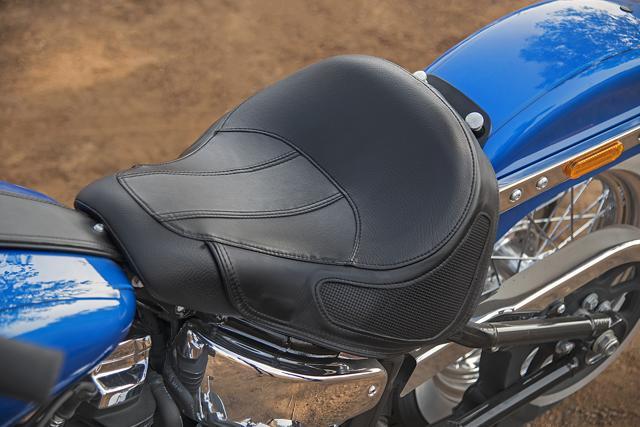 However, with just 115mm of ground clearance, speed breakers demand absolute caution, lest you become uncomfortably intimate with the sickening sound (and sensation) of metal-grinding tarmac. The bike's braking performance is perfectly up to the task, but you do need to give the front lever a good hard pull to get the single front disc to work to its full potential. Thankfully the ABS system is smooth and you can really lean against it for panic stops.

The Deluxe is old-school eye candy that meets just the right amount of modern technology. This comes at a price, of course, and quite a steep one, at that. At ₹18.65 lakh (ex-showroom, India) it may be the second-most expensive Softail in India after the Heritage Classic; but it's also one of the most desirable.