While the festive season may be a good opportunity for automobile manufacturers to look forward for better sales, Kim said that with government help, recovery can happen within this year.
By : New Delhi
| Updated on: 28 Aug 2019, 11:36 AM 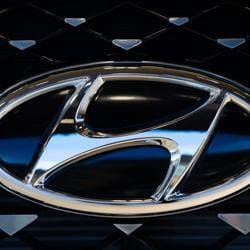 A combination of various factors has hurt automobile sales in India and an immediate government intervention in the form of GST rate cut can help bring back growth to the industry, according to Hyundai Motor India Managing Director and Chief Executive Officer S S Kim.

A combination of various factors has hurt automobile sales in India and an immediate government intervention in the form of GST rate cut can help bring back growth to the industry, according to Hyundai Motor India Managing Director and Chief Executive Officer S S Kim.

While the festive season may be a good opportunity for automobile manufacturers to look forward for better sales, Kim said that with government help, recovery can happen within this year.

"If the government helps at this stage, I believe that the recovery can happen within this year," he told PTI in an interview.

When asked if the company would like the government to reduce GST on automobiles as has been demanded by the Society of Indian Automobile Manufacturers (SIAM), he said, "Absolutely." Kim said such a positive step was necessary under the current circumstances in order to make "people come forward".

He listed a "combination of various challenging situations" such as preparation for transition to BS-VI emission and new safety norms, credit crunch for vehicle loans, increase in insurance fees and low sentiments among customers in terms of their economic confidence, to be responsible for the current slowdown in the automobile sales.

Kim said that while the Indian government may have its own priorities, in other countries, the automotive industry is considered crucial for the overall economy of the nation considering employment and economic opportunities it creates in its ecosystem.

However, he added, "I believe that this phenomenon (current slowdown) is a cyclic phenomenon and not a structural one." This festive season may be a good opportunity not just for Hyundai but for other original equipment makers (OEMs) as well in terms of recovery and revival of market demand, he added.

The company believes that the market has bottomed out and there will be only positive growth going forward, Kim said.

When asked if the company is laying off temporary workers like its peers Maruti Suzuki and Mahindra & Mahindra have done, he replied in the negative.

"Currently, we have no plan to reduce any headcount or lay off some temporary workers. Instead, we are trying to manage our labour force at the optimum level," Kim said.

On the contrary, he added, "As a future-oriented OEM, we are trying to hire many people in many areas such as mobility service solutions, research and also some new business areas such as electrification." He said the company had only two non-production days in August to adjust output and it is not looking at taking such step again in the near future.

Bullish on the Indian market in the long term, Kim said, "Even though we are passing through some difficult times, it is a short-term trend. Eventually, India will be the future for growth. India from an OEM perspective offers huge growth potential." He said that in terms of car penetration, India stands at 22 per 1,000 people as compared to 160 in China, 600 in South Korea and almost 800 in the US.

Automobile sales in India witnessed its sharpest decline in nearly 19 years in July, dropping 18.71 per cent, rendering almost 15,000 workers jobless over the past two-three months.

The previous biggest decline across overall domestic automobile sales was recorded in December 2000 when it fell 21.81 per cent.

Similarly, domestic passenger vehicle (PV) sales also saw the biggest fall in nearly 19 years, slumping by 30.98 per cent to 2,00,790 units in July as compared with 2,90,931 units in the corresponding month a year ago. Previously, the worst decline was registered in December 2000, when wholesale figures had fallen 35.22 per cent.

The fall in PV sales in July was also the ninth consecutive month of the decline. With prolonged slowdown in sales, the automobile industry has been demanding reduction in GST rate from the current 28 per cent to 18 per cent.