The Ministry of Road Transport and Highways has issued a draft notification seeking to amend Form 20 under the Central Motor Vehicle Rules.
By : PTI
| Updated on: 21 Aug 2020, 08:01 AM 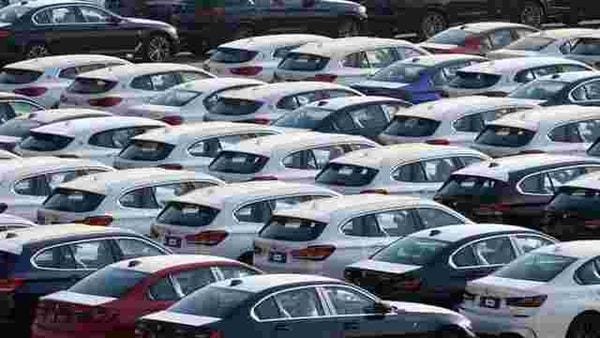 The govt wants to amend the Central Motor Vehicle Rules to include type of vehicle ownership in registration details. (File photo)

The government on Thursday said it has invited suggestions on a draft notification for clearly mentioning ownership type of motor vehicles in registration documents.

The notification was issued on August 18 for amending Form 20 under the Central Motor Vehicle Rules (CMVR), 1989.

"It has come to the notice of the ministry that the ownership details are not properly reflected under the ownership under the various Forms under CMVR required for registration of the motor vehicles," the Ministry of Road Transport and Highways said in a statement.

The ministry said the changes are also proposed to ensure that the benefits of GST and other concessions are being provided to the divyangjan (physically challenged person) under various schemes of the government for the purchase /ownership/ operation of the motor vehicles.

As per the current details under c, the ownership captured does not reflect the details of the divyangjan citizens.

"It becomes difficult for such divyangjan citizens to properly avail various benefits available under government schemes like the benefits to the divyangjan as per scheme for financial incentives of the Department of Heavy Industries," it said.

With the proposed amendments, such ownership details would be properly reflected and divyangjan would be able to avail the benefits under various schemes, the statement said.

It said the suggestions or comments in this respect can be sent to the Joint Secretary (MVL), Ministry of Road Transport and Highways, Transport Bhavan, New Delhi.