The Detroit-Hamtramck assembly plant in Michigan was scheduled to close as part of that plan, but now will get an overhaul and start rolling out two new electric vehicles (EV) starting in late 2021.
By : AFP
| Updated on: 28 Jan 2020, 10:29 AM 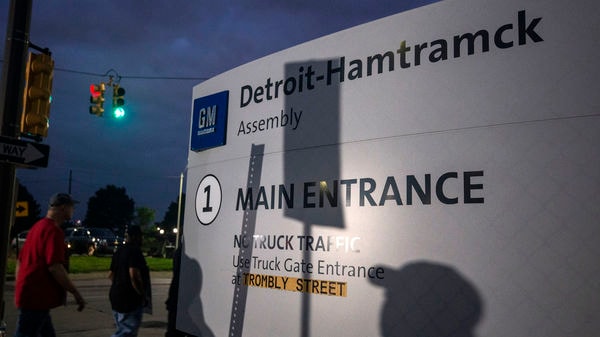 A General Motors manufacturing plant that was set to close will instead get a new life producing electric trucks and SUVs, the company announced Monday.

The US auto giant announced a massive restructuring in 2018 that would have slashed 15 percent of its workforce to save $6 billion, a move criticized by President Donald Trump as "nasty" because it would have required shuttering several manufacturing facilities in North America.

The Detroit-Hamtramck assembly plant in Michigan was scheduled to close as part of that plan, but now will get an overhaul and start rolling out two new electric vehicles (EV) starting in late 2021: a pickup truck and the Cruise Origin autonomous shuttle vehicle, the company announced.

"Our electric vehicle plan is unmatched in the industry," GM President Mark Reuss said at a press conference in Detroit. "Hamtramck will be GM's first dedicated all EV assembly plant."

GM is investing $2.2 billion in the plant, along with $800 million in projects related to the new model, the company said in a statement.

The new configuration will employ more than 2,200 people when it is fully operational at the end of 2022, after the construction of a new paint shop and the addition of modern assembly line equipment, the company said.

The plant, which opened in 1985 and currently employs only about 900 workers, will be idled for several months beginning at the end of February as the renovations begin, with most workers transferred to other GM plants.

GM's decision to keep Hamtramck open comes after the company announced in 2017 it would launch 20 EV models by 2023 as part of a push for an "all-electric" fleet amid demands from governments worldwide for greater automobile fuel efficiency.

But the company also has faced political pressure, including from Trump who has not shied away from publicly berating companies to get them to commit to investing more and creating more American jobs.

The news on this plant will be especially welcome as Trump battles for re-election in November, when he hopes to repeat his upset 2016 election victory in Michigan is seen as crucial to him winning a second term.

"I did ask her, 'Why can't GM build new vehicles here?'" Barra said, pointing out that building the factory required more than 4,000 residents to move elsewhere.

Hampered by trade wars, US manufacturing is in the midst of a recession with production dropping 1.3 percent in the final months of 2019 compared to a year prior, according to the Federal Reserve.

General Motors reported a decline in US auto sales at the end of the fourth quarter, reflecting the lingering effect of a bruising 40-day strike by the United Auto Workers (UAW) that dented its vehicle inventory.

The labor union cheered the news that the plant will remain open.

"Over 2,200 jobs and a new technology product will deliver job security and a bright economic future for UAW members for decades to come at Hamtramck," UAW Vice President Terry Dittes said in a statement.