GM posted a smaller-than-expected second-quarter loss thanks to solid high-margin pickup truck sales and aggressive cost-cutting efforts.
By : Reuters
| Updated on: 30 Jul 2020, 11:38 AM

FILE PHOTO: GM also said it would increase production of light-duty full-size pickups at its Fort Wayne assembly plant by about 1,000 units a month beginning Sept 1.

General Motors Co on Wednesday said if the US economy continues to recover from the coronavirus pandemic and the auto industry does not experience any further production shutdowns, the No. 1 US automaker should be able to generate enough cash to pay off a $16 billion loan by the end of the year.

"Obviously, it is still a very fluid situation as you know and we're watching the virus, the economy and its impact on the overall industry very closely," Chief Financial Officer Dhivya Suryadevara told reporters.

She spoke after GM posted a smaller-than-expected second-quarter loss thanks to solid high-margin pickup truck sales and aggressive cost-cutting that helped mitigate the impact of a forced shutdown that left its North American plants shut for eight of the 13 weeks in the quarter.

After initially rising, GM's shares were off 2.4% in midday trading.

(Also read: What’s in a name? General Motors gets suggestion to enter EV era as 'Ultium')

If the recovery continues, GM expects adjusted operating earnings in the second half of the year in the range of $4 billion to $5 billion, with the third quarter slightly stronger than the fourth quarter, Suryadevara told analysts on a later call. She said in that scenario GM should generate cash flow of between $7 billion and $9 billion during the second half.

Suryadevara also said GM should repay its $16 billion revolving credit line by the end of 2020, an action that again depends on a continued economic recovery and annual industry-wide US new vehicle sales of 14 million units this year. 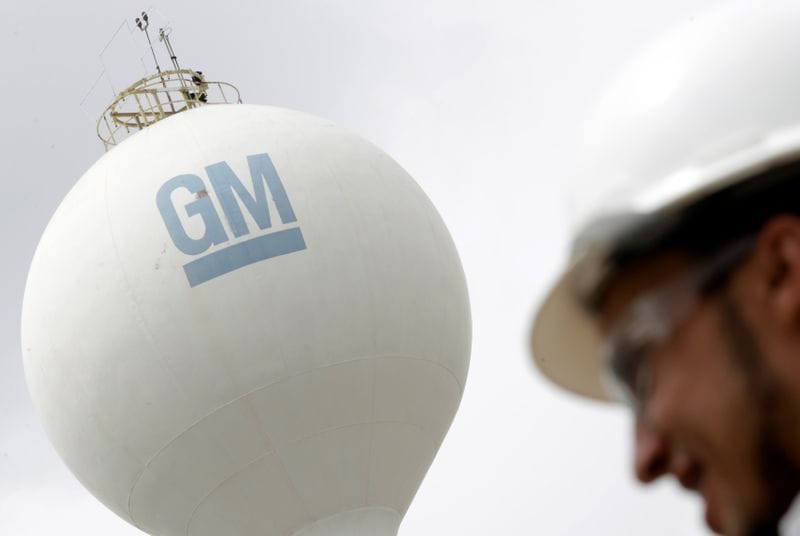 The GM logo is seen at the General Motors headquarters in Sao Caetano do Sul, Brazil (REUTERS)

But spiking Covid-19 cases across southern and southwestern US states have left that recovery in doubt.

Weekly jobless claims numbers from the Labor Department released last week showed the number of Americans filing for unemployment benefits rose, unexpectedly, for the first time in nearly four months, suggesting the labor market was stalling amid the resurgence in new Covid-19 cases and depressed demand.

GM said it was "working all avenues" to boost US dealer inventories and all of its US full-size pickup truck and full-size SUV plants are back at three shifts. Nearly all of its other plants are now working at pre-pandemic shift levels.

GM also said it would increase production of light-duty full-size pickups at its Fort Wayne assembly plant by about 1,000 units a month beginning Sept 1.