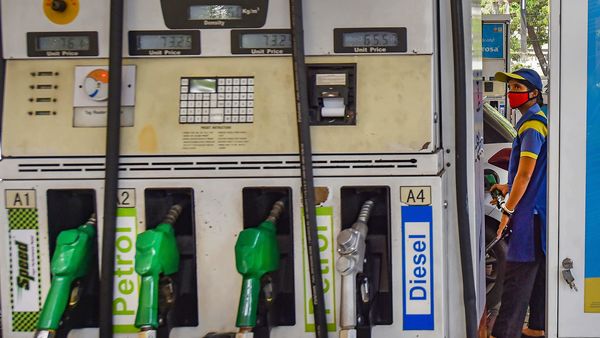 For 10th day in a row, petrol and diesel prices saw a rise in the country today. Petrol price was hiked by 34 paise per litre while diesel price increased by 32 paise per litre, as per a price notification of state-owned fuel retailers.

In Delhi, petrol stood at ₹89.88 per litre and diesel at ₹80.27 per litre on Thursday. On Wednesday, petrol crossed ₹100-mark in Rajasthan.

During the budget speech earlier this month, Union Finance Minister Nirmala Sitharaman had announced that Agriculture Infrastructure and Development Cess (AIDC) of ₹2.5 per litre on petrol and ₹4 per litre on diesel will be imposed. This has brought up the prices of the two fuels significantly. Over 56% of the retail selling price of diesel and about 61% of petrol constitute central and state taxes.

Further, there are also been an increment in the price of liquefied petroleum gas cylinder by ₹50 per unit in Delhi, taking the cost of LPG gas to ₹769 per cylinder.