Formula One: New generation F1 cars to hit the track in Barcelona today 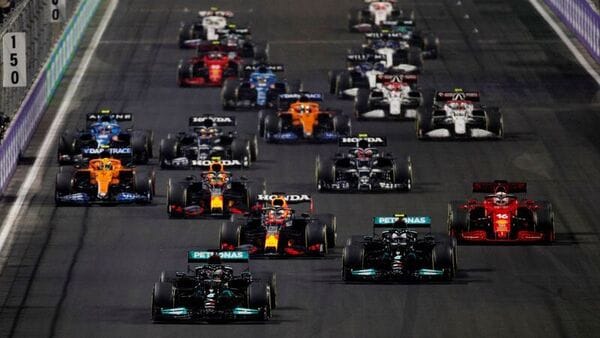 Formula One 2022 season will kick off in Bahrain next month. Ahead of the first race, all new 2022 F1 cars will the tracks to test in Barcelona. (File photo)

Formula One is less than four weeks away from the start of the 2022 season. Ahead of the first race in Bahrain on March 20, the new F1 cars recently unveiled will undergo tests at the racing tracks in Barcelona today.

This first preseason test will take place after one of the biggest regulation changes in the series, and the first time drivers and teams will get a real feel about what to expect this year. The changes relate to improve racing and try to make the series more competitive, with new front and rear wings and bigger tires.

Mercedes-AMG Petronas and its first choice driver Lewis Hamilton will be aiming for new records this season. While Mercedes will try to retain the constructor's trophy, Hamilton will aim for a record-equalling eighth championship title to draw level with Michael Schumacher. He will put up his challenge to Max Verstappen from Honda Red Bull team, the winner of the 2021 season.

Verstappen said, “Now with the new regulations, you have to get used to the car. It's not like you just jump in and it's an upgrade from last year. A lot is unknown about the car ... I'm very curious to see how the car is behaving on track."

Hamilton is ready to renew his challenge against Verstappen after a controversial end to the last season that saw him miss his eighth title in the final lap. This year, Lewis Hamilton is ready to come back with equal vigour to reclaim his crown. “If you think what you saw at the end of the last year was my best, wait to see this year," Hamilton said.

Ross Brawn, F1 motorsport boss, said, “Every decision we have made has been towards not dumbing down the sport but making it more achievable for more of the teams and to get a closer competition going on for the future while still leaving it a meritocracy so the best teams still win."

The last time F1 underwent drastic rule changes was in 2014 with the introduction of the turbo-hybrid era. In 2017, F1 introduced design changes that made cars wider and faster.

After the preseason runs in Barcelona till Friday, F1 has lined up three more such sessions between March 10 and 12 in Bahrain ahead of the season-opener on March 20.