Ford to develop and produce its own EV batteries

Ford plans to start a new battery development centre in Detroit that will develop design and produce batteries in small scale.
By : HT Auto Desk
| Updated on: 28 Apr 2021, 09:21 AM 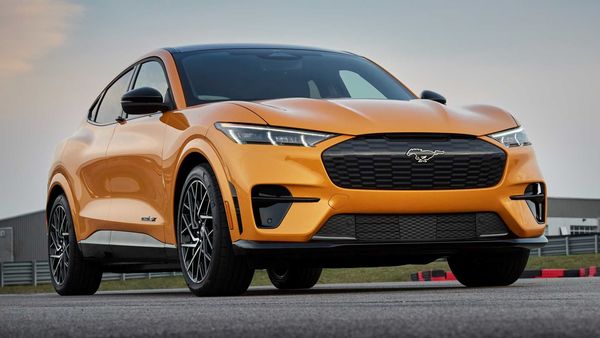 Ford plans to make sure that it has enough EV batteries during its accelerating transition away from the internal combustion engines.

Many automakers around the world have witnessed severe disruption in production and supply chain due to the pandemic. First with the component shortage, and now with the microchip crisis; the automakers have to either shut down or adjust vehicle production. Taking a lesson from this, US auto major Ford wants to make sure that it doesn't need to worry about the battery supply chain when it thrives toward the electric vehicles.

The automaker plans to make sure that it has enough EV batteries during its accelerating transition away from the internal combustion engines. Ford plans to start a battery development centre near Detroit by the end of 2022, which will be built over an area of 200,000 square foot and this facility will be equipped to design, test, and do small-scale production of battery cells and packs.

The battery development centre will also develop electronic controls and other components as the automaker aims to make the entire battery development and production process in-house. However, despite the initial small-scale manufacturing, Ford aims to go for large-scale production at a later stage. This will reduce the auto major's dependence on the supply companies.

The move comes as the global auto industry is racing to control supplies including metals that are needed to manufacture EV batteries and individual cells that form big battery packs. Around 300 new electric vehicles are about to launch in the next two years.

This strategy of developing and producing batteries in-house is a reversal from Ford's previous path of buying technology and batteries from suppliers. However, Ford also said that it could partner with the supplier companies, universities and startups for the technology.

Talking about the new strategy regarding the electric vehicle batteries, Hau Thai-Tang, Ford's chief product and operations officer, said to AP that EVs are moving from early adopters to an early majority as new models come out, and the automaker wants to lead the transition. "We now see that the market is going to develop very quickly, and we will have sufficient scale to justify having greater levels of integration," he also said further adding, "We will no longer take an approach of hedging our bets and planning around the uncertainty of how fast that will play out."