Ford converts its HQ into a 64,000 sq-ft projection screen for upcoming launch 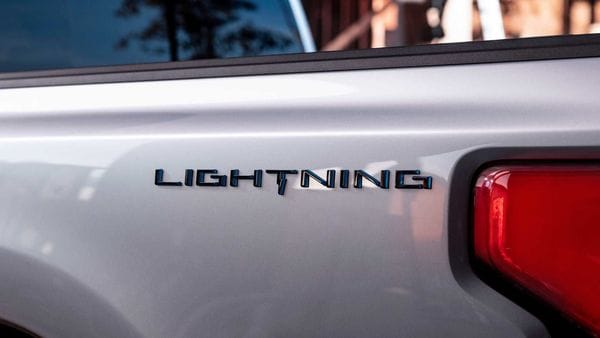 The Ford F-150 is going to an all-electric sports truck and it borrows its name from its previous SVT range.

As Ford gears up to officially launch its all-electric Ford F-150 on May 19, the company wants to leave no stone unturned to make the launch one of its kind. The American automaker has decided to transform the exterior of its world headquarters located in Dearborn, Michigan, into a 64,000 square-foot projection screen, as per a report. Although the company has not directly related this transformation to the upcoming event, it is being speculated that it is being done to launch Lighting, the official moniker of the Ford F-150, with the utmost grandeur.

(Also read: Ford to christen electric F-150 as Lightning, debuts on May 19)

Apart from the launch at the headquarters, smaller events related to it will also take place in Las Vegas Boulevard and at Times Square in New York City. The event will also be streamed over 30 websites. The automaker claims that with Lighting, Ford is all ready to change the status quo. "America’s favourite vehicle for nearly half a century is going digital and fully electric. F-150 Lightning can power your home during an outage; it’s even quicker than the original F-150 Lightning performance truck, and it will constantly improve through over-the-air updates," said Jim Farley, president and CEO of Ford. The company will manufacture the electric vehicle at its Rouge Electric Vehicle Center during the first half of next year and will receive about $700 million to start the production, said the report.

The Ford F-150 is going to be an all-electric sports truck and it borrows its name from its previous SVT range. From the brief teaser, it has been observed that Lighting will take on its lowered, single-cab short version and will be much taller and truckier. Apart from the elevated machismo, the EV has an all-wheel-drive from an electric motor on each axle. And the batteries will be located underneath the vehicle. It will also have an independent rear suspension and rumours say this new model may have a range of at least 300 miles which can stretch up to 400 with a higher-capacity battery.