Several states do not allow movement of commercial diesel vehicles inside the cities or some parts, fearing rise in air pollution.Force Motors says there is no point in restricting movement of diesel vehicles when they met the country's mandated norms.
By : HT Auto Desk
| Updated on: 19 Sep 2021, 05:23 PM 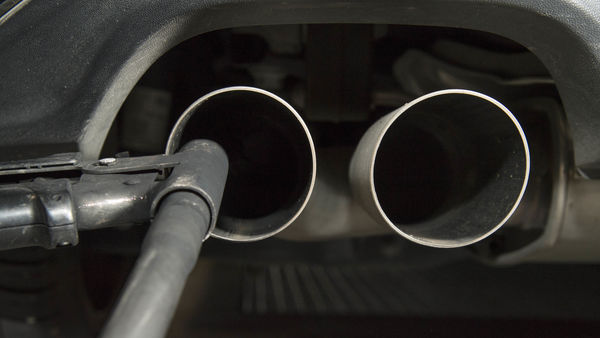 File photo of a vehicle exhaust used for representational purpose only

Force Motors has sought free movement of diesel commercial vehicles inside cities, pointing out that unscientific and "ill-founded prejudices" against such vehicles should be eliminated.

In its annual report for 2020-21, the Pune-based company, which sells a range of diesel-powered vehicles, stated that there was no point in restricting movement of diesel vehicles when they met the country's mandated norms.

Several states do not allow movement of commercial diesel vehicles inside the cities or some parts, encouraging use of environment friendly vehicles as diesel CVs are feared to cause rise in air pollution. "While the movement for achieving zero emissions by way of achieving full electric traction for all segments of automobiles is at least a decade away, the diesel vehicles that meet the mandated norms are an excellent solution even in the inner cities," the automaker stated.

Force Motors sells models like Gurkha, Trax and Traveller in the commercial and passenger vehicle space. It also sells tractors like Balwan 400 and Abhiman. It also exports its range of products to various countries in the Middle East, Asia, Latin America and Africa. It also supplies engines and other components to various leading automakers.

On a contrary note, last month, Union Road Transport and Highways Minister Nitin Gadkari asked vehicle manufacturers to discourage production and sale of diesel engine vehicles, and also urged them to promote other technologies. Virtually addressing industry body SIAM's annual convention, Gadkari had noted that the government is committed to delivering vehicles with flex engines that give the users an option to run a vehicle on either 100 per cent petrol or 100 per cent bio-ethanol.