According to reports, the company is all set to announce an MOU of partnership for the production of the Ocean SUV.
By : Reuters
| Updated on: 08 Aug 2020, 10:42 AM 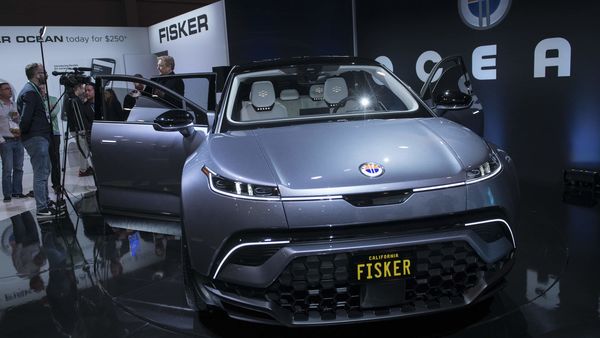 Electric carmaker Fisker Inc, which recently announced plans to go public through a merger with a so-called blank-check company, said on Friday it has a tentative deal for Canadian auto supplier Magna International Inc to build its Ocean electric SUV.

Fisker said in a statement that it expects to reach a definitive agreement "in the next few months" to have Magna Steyr start production of the Fisker Ocean at its Graz, Austria, plant as early as the fourth quarter of 2022.

A Magna spokesman confirmed the memorandum of understanding, but declined further comment.

Fisker added the companies were "also evaluating manufacturing options for the United States and China."

Spartan Energy Acquisition Corp, backed by alternative investment manager Apollo Global Management Inc , announced a deal last month to take Fisker public through a merger that valued the EV startup at $2.9 billion. The deal is expected to close in the fourth quarter.

A blank-check company, or SPAC, is a shell company that raises money through an initial public offering to buy an operating company, typically within two years.

Spartan shares fell 20% last week after Fisker disclosed it would not close a deal by the end of July as previously hoped to use Volkswagen AG's EV platform for its Ocean SUV.

Fisker said when it announced the Spartan deal that it was in talks with VW to use the German automaker's MEB EV platform to speed vehicle development and cut costs.

Fisker said last week it will continue talks with VW in September after the European summer holidays. A spokesman said on Friday that situation had not changed.