Home Auto News Fiat Chrysler, Peugeot Tie Up: This Is How It Works

Fiat Chrysler, Peugeot tie-up: This is how it works

The mega merger is the fourth largest by automobile sales, trailing only Volkswagen, Toyota and the strategic alliance between Renault, Nissan and Mitsubishi Motors.
By : Reuters
| Updated on: 19 Dec 2019, 05:00 PM 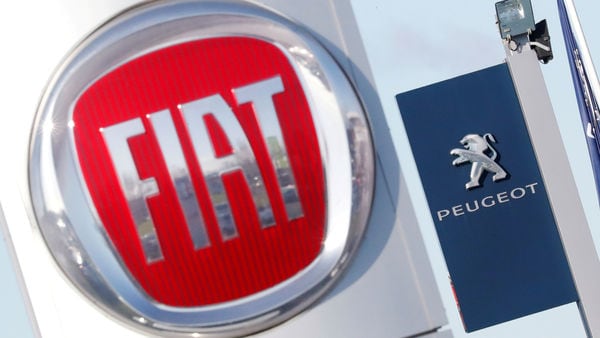 Fiat Chrysler and Peugeot maker PSA are pushing ahead with a planned merger worth about $50 billion aimed at creating the world's No. 4 carmaker.

Following are key details of the deal:

Fiat Chrysler Automobiles (FCA) and PSA aim to complete the deal in 12-15 months after signing a binding agreement on Wednesday. They announced they were in talks in October.

The combined automaker would have annual sales of 8.7 million vehicles, employ about 400,000 people, and generate recurring operating profit of more than 11 billion euros ($12.1 billion) on revenue of nearly 170 billion, based on aggregated 2018 results.

The new group would be domiciled in the Netherlands, with listings in Paris, Milan and New York.

The merged group would have 11 board members including Tavares and five nominated by PSA and five by FCA, including labour representatives from each.

The merger, once completed, is expected to generate 3.7 billion euros in annual synergies. The two groups say no plants would be closed.

FCA's robot unit Comau will remain within the combined group rather than being spun off as was originally planned in October. The two groups will then jointly decided how to extract value from Comau.

China's Dongfeng Motor will reduce its 12.2% stake in PSA by selling 30.7 million shares to the French firm in a move that could help smooth U.S. approval. It will have 4.5% of the merged group.

Major shareholders Exor, French state bank Bpifrance Participations and the Peugeot family would be subject to a three-year lock-up period.

In that time, the Peugeot family would be allowed to increase its shareholding by up to 2.5% only by acquiring shares from Bpifrance Participations and Dongfeng Motor.

A seven-year standstill period following completion of the merger - when extraordinary operations affecting governance cannot be carried out - would apply to shareholders Exor, Bpifrance Participations, DFG and the Peugeot family.

Exor, the holding company of the Agnelli family which controls FCA with a 29.2% stake, will become the new automaker's single largest investor, with a 14.5% stake.