Fiat Chrysler agreed to shutter its U.S. plants on March 18 after being pressured by the union. It later said the plants would be closed through at least April 14.
By : Bloomberg
| Updated on: 07 Apr 2020, 09:16 AM 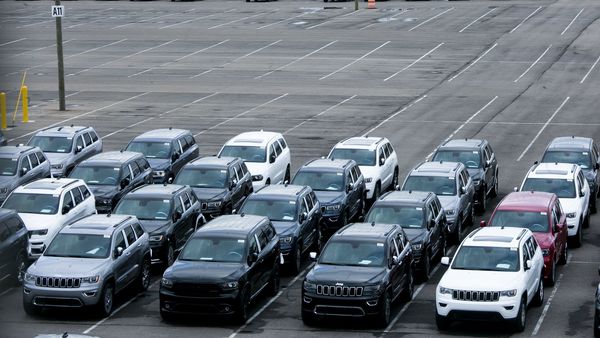 Fiat Chrysler Automobiles NV has set a new date for when it plans to start reopening plants in the U.S. and Canada, taking a step its Detroit rivals are reluctant to as the coronavirus outbreak worsens in the companies’ home state.

The Italian-American automaker said it will progressively restart production at factories beginning May 4, effectively extending its shutdowns by two weeks. Both General Motors Co. and Ford Motor Co. have refrained from setting a restart date for their facilities.

Fiat Chrysler and its peers are expected to lose tens of billions of dollars by idling their plants for weeks because they book revenue by wholesaling vehicles to their dealers. But the urgency to reopen has been running up against resistance from the United Auto Workers union and elected officials.

Michigan Governor Gretchen Whitmer, a Democrat, said Monday she may extend the state’s shelter-in-place order beyond the current three-week period scheduled to end April 14. She’s tangling with Republican adversaries in the state legislature who are reluctant to extend the emergency declaration that gives her the power to issue executive orders like the one that shut down Michigan businesses, the Detroit Free Press reported.

Whitmer told reporters that the state sees the impact of the virus peaking at the end of April or early May.

With that tension as a backdrop, Fiat Chrysler said it’s working with union and government officials to develop new procedures that “certify the daily wellness of our workforce," and to redesign work stations at its facilities to better implement social distancing, according to an emailed statement.

When asked to comment on Fiat Chrysler’s plan, a spokesman for the UAW pointed to President Rory Gamble’s prior statements that the safety of union members should take precedence over any other considerations in restarting production.

Fiat Chrysler agreed to shutter its U.S. plants on March 18 after being pressured by the union. It later said the plants would be closed through at least April 14.

Ford, which was rebuked by the UAW’s Gamble last month when it said U.S. plants would remain closed at least until the tentative end of Whitmer’s shelter-in-place order, said Monday it hasn’t yet decided on a new date.

“We are continuing to assess public health conditions, government guidelines and supplier readiness to determine when the time is right to resume production in our North American plants. We’ll share more detail at the appropriate time," the company said in an emailed statement.

GM also declined to give a specific date, saying only that it is actively monitoring for when it is determined that the company can safely resume regular production.

Honda Motor Co., which has auto plants in Ohio, Indiana, and Alabama, said Monday it will extend its shutdowns to May 1 to align vehicle supply with a lack of market demand. In March, industry sales ran at the slowest pace in a decade, and deliveries are expected to drop much further in April.\