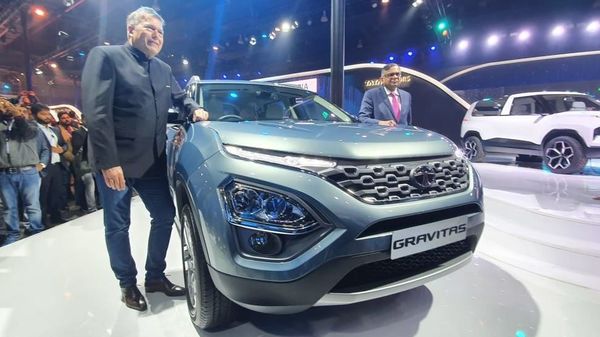 With the Indian automobile industry going through an unprecedented slowdown and carmakers set to roll out BS-VI vehicle models, Tata Motors MD and CEO Guenter Karl Butschek is of the view that the first half of the financial year 2020-21 would be more of a "transitional phase", with subdued demand and the sales would actually gather pace in the second half of the fiscal.

Speaking to IANS at the Auto Expo 2020 here, Guenter, however, held that the the worst is over for the automobile sector.

"I think the first half of the year will still fall in the category of transition, when building comfort and confidence for acceptance of new market reality is the key task which will show some increase but with the... festive season, I am very convinced... and I expect, in the second half of the coming fiscal year we are finally going to see the structural revival," he said.

He noted that as the company refills its stocks with BS-IV vehicles having been sold off to dealers, wholesale would not surge immediately, as the company would rather increase its system stock initially.

The transition period has started, as Tata Motors has completed BS 4 production and all vehicles have been delivered already to the dealers, and the company is now in "full play" as far as BS 6 is concerned.

"As we replenish the stock in the system from an all time low with BS-IV at the last months, we are not going to compromise on the new paradigm, where retail figures wholesale and wholesale figures production. So don't expect just because we are replenishing the stock, our wholesale figures will immediately skyrocket high. We will actually increase the system stock."

The Tata Group company has been reeling under slow demand and offtake along with its peers largely owing to the overall economic slowdown and the liquidity crunch.

On the upcoming and concept models of the company, Guenter said that the EV version of Altros is likely to be launched in the second half of the upcoming financial year.

About the concept model of legendary Tata Sierra showcased at the 15th edition of the Auto Expo here, he said that although the company has not yet decided on the commercial rollout of the car, the positive response received at the expo has made the group CEO to rethink over it.

"(Launching) Sierra has not yet been decided yet, but honestly by the reaction of the audience, when I talked about the characteristic of what the Sierra did to the generations in the past, then I actually called out for the concept, it was very very unique response," the Tata Motors MD and CEO said.

"Because there was a wow across the audience and an immediate round of applause. I take this as a very clear confirmation that this product needs to get to India and there is a very strong demand and emotional connect to the legacy of the Sierra."