E-way bill integrated with FasTag, RFID. Here's what it means

In the electronic way (e-way) bill system, businesses and transporters have to produce before a GST inspector the e-way bill, if asked.The integration of e-way bill, RFID and FasTag will enable tax officers to undertake live vigilance.
By :
| Updated on: 19 May 2021, 04:58 PM 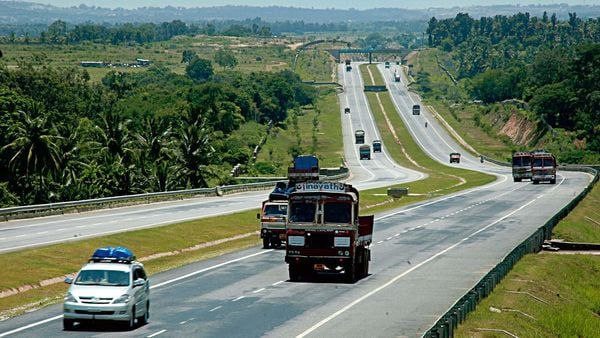 GST officers have been armed with real-time data of commercial vehicle movement on highways with integration of the e-way bill (EWB) system with FasTag and RFID, a move which will help in live vigilance of such vehicles and check GST evasion.

Additional features have been added to the e-way bill mobile application of tax officers, which will provide them real-time tracking details of e-way bill and vehicle to help them nab tax evaders who are misusing the e-way bill system.

Under the goods and services tax (GST) regime, e-way bills have been made mandatory for inter-state transportation of goods valued over ₹50,000 from April 2018. However, gold is exempted.

In the electronic way (e-way) bill system, businesses and transporters have to produce before a GST inspector the e-way bill, if asked.

On an average 25 lakh goods vehicle movements from more than 800 tolls are reported on a daily basis to the e-way bill system.

The integration of e-way bill, RFID and FasTag will enable tax officers to undertake live vigilance in respect of e-way bill compliances by businesses and will aid in preventing revenue leakage by real-time identification of cases of recycling of EWBs, non-generation of EWBs.

Any suspicious vehicles and vehicles of EWBs generated by suspicious taxpayer GSTINs , that have passed the selected toll on a near real time basis, can also be viewed in this report.

The officers can use of these reports while conducting vigilance and make the vigilance activity more effective. Also, the officers of audit and enforcement wing can use these reports to identify the fraudulent transactions like bill trading, recycling of EWBs.

AMRG Associates Senior Partner Rajat Mohan said "online real-time tracking of vehicles and goods would go a long way in tightening the lid on tax evaders. This mobile application for tax officers would empower them to catch hold of all the stakeholders involved in clandestine removal of goods."

EY India Tax Patner Abhishek Jain said CBIC had earlier conveyed its intention to further digitise the process of enforcement of e-way bill provisions under the GST law, and in line with this idea, the e-way bill system has now been integrated with the FasTag and RFID system, and MIS (Management Information Systems) reports from the same will made available on officer's mobile app.

"This is a commendable move on the part of government and points towards the development in the field of technology and how the government is pro-active in using the same to ensure tax compliance and track fraudulent activities," Jain added.

Last month, in a report titled 'E-way Bill - A journey of three years', the government had said 180 crore e-way bills have been generated in three years till March 2021. Of this, only 7 crore bills were verified by tax officers.

The top five states in which generated maximum number of e-way bill for inter-state movement of goods were generated are Gujarat, Maharashtra, Haryana, Tamil Nadu and Karnataka.

The top five sectors where maximum e-way bills were generated in the past three years are textiles, electrical machinery, machinery and mechanical appliances, iron and steel, and automobiles.

With effect from January 1, 2021, the government has integrated RFID/FasTag with the e-way bill system and a transporter is required to have a RFID tag in his vehicle and details of the e-way bill generated for goods being carried by the vehicle is uploaded into the RFID.

When the vehicle passes the RFID Tag reader on the highway, the details fed into the device gets uploaded on the government portal.

The information is later used by the revenue officials to validate the supplies made by a GST registered person.

To improve tax compliance, the government has also started blocking of EWB bill generation if a GST registered taxpayer has not filed GSTR- 3B return for the last two successive months.

Also, the government has blocked the generation of multiple EWBs on one invoice. If the EWB is once generated using an invoice number or document number, then none of the other parties can generate another EWB using the same invoice number.