Tesla's second gigafactory in US is all set to come up in Texas. The EV maker will use this facility to produce its electric cars, which also include the upcoming Cybertruck as well.
By : HT Auto Desk
| Updated on: 20 Dec 2021, 10:26 AM 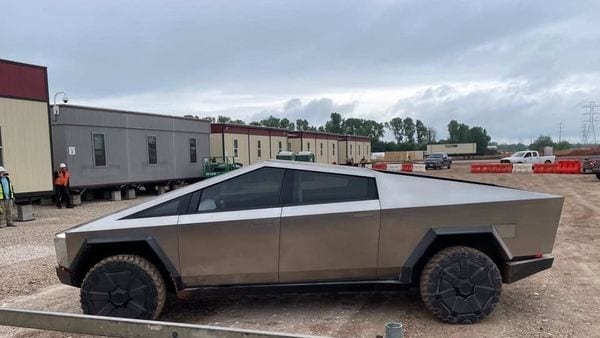 Tesla is all set to open its latest facility in US, the Texas Gigafactory, for production. The US-based EV maker has been preparing this facility for some time now. Its CEO Elon Musk has now confirmed that the production facility will be inaugurated during a ‘grand opening party with factory tours’ which is likely to take place in ‘early 2022’.

Tesla CEO Elon Musk confirmed this news on Twitter today. He was replying to a query from one of the users on the social media platform.

Tesla factory in Austin, which is now the EV maker's headquarters, is touted as the biggest in the world and will be 1.21 km long. It will be home to Tesla cars like Model 3 and Model Y as well as the upcoming Cybertruck. The production of the Cybertruck has been delayed due to the ongoing supply chain issues.

Elon Musk had earlier said that the Texas Gigafactory will generate around 20,000 jobs. "Giga Texas is a $10B investment over time, generating at least 20k direct & 100k indirect jobs," Musk had said. Tesla had previously said that the facility would generate 10,000 jobs. The facility will have general assembly, paint, casting, stamping and body shop facilities.

Located in Travis County, the Texas Gigafactory will be completely powered by renewable energy. The current structure has a footprint of more than 1.9 million square feet, which houses approximately 5.3 million square feet of operational space across several floors.

One of the key models that Tesla will start manufacturing at this facility is the electric Cybertruck. Unveiled back in 2019, the Cybertruck claims to return a range of nearly 950 kms on single charge. Tesla claims the Cybertruck can accelerate from zero to 100 kmph in just three seconds and is capable of towing up to 6,300 kilos of weight. Once launched, the Cybertruck will take on rivals like the GMC Hummer EV, Ford F-150 Lightning and Rivian R1T electric pickup trucks in the US markets.