People worldwide continue to cancel or curtail leisure trips as the Covid-19 pandemic maintains its grip on many countries. That is contributing to a slower-than-expected recovery in fuel demand.
By :
| Updated on: 28 Oct 2020, 10:42 AM 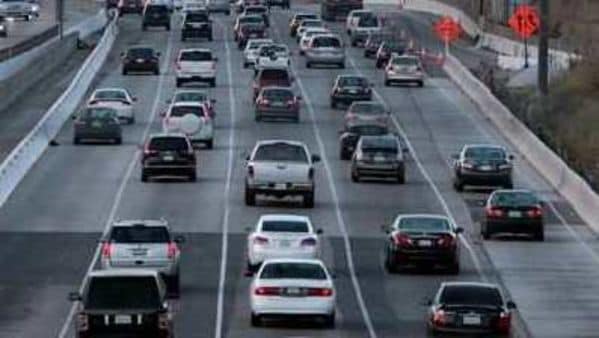 Brandon Thompson was planning on making an eight-hour drive this year from his home in Iowa to Ann Arbor, Michigan, to see his favourite college football team play. Then the pandemic hit.

"We realised very early on if there was a season, there would be no fans," said Thompson, a University of Michigan Wolverines fan.

Millions of people like Thompson worldwide continue to cancel or curtail leisure trips as the Covid-19 pandemic maintains its grip on many countries. That is contributing to a slower-than-expected recovery in fuel demand.

Thompson would have driven more than 500 miles (805 km) to see the game and go tailgating, where thousands of fans arrive hours early to sit in the parking lot and eat and drink. Across the country, fans of many sports would have made similar journeys.

Traffic outside of the 7 am to 10 am and 4 pm to 7 pm rush hours accounts for about 55% of overall US fuel demand, according to Rystad Energy. That includes trips to sporting events, shuttling kids to activities, or going to the movies. Non-rush leisure travel was down by 12% from pre-virus levels as of early October, Rystad said.

Mobility is again declining in Europe, where several nations are reimposing lockdowns due to a spread in cases, which are soaring as well in India and Brazil.

"The downwards trend in European mobility indicators is likely to continue, with pressure on road transportation fuels demand probable in the weeks ahead," JBC Energy said in a note.

The Organisation of the Petroleum Exporting Countries (OPEC) warned that the recovery in fuel demand from strict lockdowns earlier this year has been anaemic and could hamper oil markets for months to come.

The United States at 9 million barrels per day is the world's biggest gas guzzler, more than double the second-largest consumer, China, according to US Energy Department figures. Demand in China has rebounded more than in other major world economies.

"The kids today, their parents are crazy: They'll drive like 300 miles for a hockey game," said John Kilduff, partner at Again Capital in New York. Without those trips, gasoline demand is likely to remain near its current 8.5 million barrels per day, Kilduff said.

The United Kingdom is one of the worst hit countries in Europe, with its driving mobility falling to levels last seen in March, when the first round of restrictions came into effect, according to Apple mobility data.

In Germany, traffic is even lower, with visits to restaurants, cafes, shopping centres, theme parks, museums, libraries and cinemas falling by 12% last week.

College football in parts of the United States has been cancelled, leaving towns that normally swell to 100,000 or more on game day empty. Teams in the US Big Ten Conference, home to storied football schools like Ohio State and Michigan, started its schedule last weekend, several weeks late, with fewer fans.

"Think of all of the idling vehicles waiting in line to get into the tailgate areas and then parking," said Neal Hawkins, associate director of the Institute for Transportation at Iowa State University. "Game day versus no game day, there's a significant impact."

Stephanie Reinhardt, a librarian from Bay City, Michigan, used to travel or dine outside almost every weekend, but with winter coming, those opportunities are disappearing.

"It's going to be hard as the weather cools. There's not a lot of places to go out and see people," said Reinhardt, 32.