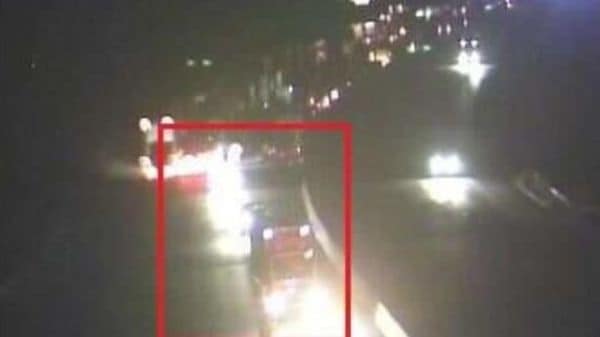 This image was tweeted by @HighwaysSWEST on August 6, 2019.

A British man has received a jail term of 26 months after he was convicted in a reckless driving case which involved him speeding away from cops at 160 kmph. If the dangerously high speed was not bad enough, there was a baby in the car being chased as well and was not under seat restraints.

UK's Mirror reported that the man - Wayne Smith - was sent to jail for over two years for his reckless act in August of 2019. The incident involved Smith speeding his Ford Focus on the M5 motorway and eventually smashed the vehicle against a BMW X5 cop car which led to the road being blocked for nearly 10 hours.

Such was the impact of the collision itself that the X5 reportedly flipped several times over with the cop inside suffering serious head injuries.

Our officers are working hard on clearing traffic caught within the closure of the #M5 north between J21 and J19, We appreciate your patience. It is very slow going due to a large number of HGVs that need turning. They're doing everything they can to get you out of the closure. pic.twitter.com/379y30Hs6t

Smith was charged with battery, causing bodily harm, dangerous driving and cruelty to child. The child inside the Focus, thankfully, was rescued after the incident and was unharmed.

Smith has taken the child from her mother after pushing her to the floor, and had embarked on a 200-kilometer dash.

In court, the judge reportedly observed that while Smith had not rammed against the cop car deliberately, his act had still caused bodily harm to the officer inside.

Smith has also been barred from driving for three years and will be required to take a new driver's test once this period ends. Prosecutors were unable to prove with evidence that his act was premeditated but his rash driving and absolute negligence towards the safety of the child in his car and of people on the road were major offenses and bulk of charges against him.