The National Highway for Electric Vehicle (NHEV) will oversee the trial run of India's first electric highway to connect Delhi and Jaipur.
By : HT Auto Desk
| Updated on: 29 Jul 2022, 13:48 PM 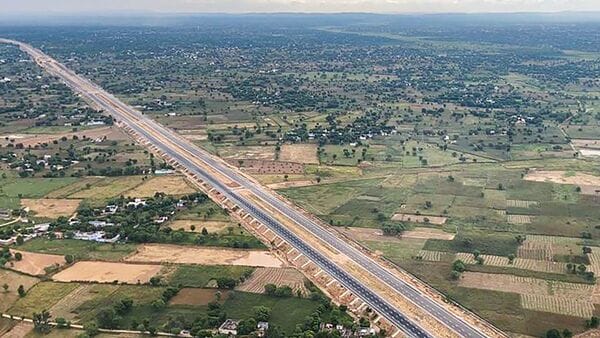 National Highway for Electric Vehicle (NHEV) has announced that the trial run for India's first electric highway between Delhi and Jaipur will start from September 9, 2022. (File photo)

The National Highway for Electric Vehicle (NHEV) has announced the date of trial run of the upcoming Delhi-Jaipur E-highway. The trial run for the electric highway, which will be the first in India when completed, will start from September 9 this year. NHEV aims to throw open the Delhi-Jaipur electric highway for public early next year. The 278-km highway will have the facility to recharge EVs on it, which will help in reducing the carbon footprints.

Ashwini Chaubey, Minister of State for Environment, who will flag off the trial run, said that the Delhi-Jaipur E-Highway with NHEV pilot will be the landmark initiative by Ease of Doing Business. Chaubey said, “This unique initiative will benefit tourist and people to ‘travel clean’ on EVs who are not even EV owners and will inspire more people to buy and participate in making India surface transport green."

The electric highway has been modelled after the electrified roads in countries like Germany and Sweden. Electric highways allow battery recharging of electric vehicles plying on them. The step is looked upon as a step to bring e-vehicles into greater focus.

The trail run will do an on-ground assessment of 24 electric buses and more than a hundred electric vehicles on the electric expressway to check its viability. NHEV said that every EV maker will be able to sponsor run of one prototype electric vehicle in this TECH-Trial and get empaneled for fleet orders.

The Delhi-Jaipur E-highway trial run will be the longest EV TECH-Trial Run ever conducted in the country. Earlier, the record was held by the 210-km long Yamuna Expressway.

Besides the Delhi-Jaipur stretch, talks are also on with a Swedish firm for electric highway stretch on Delhi-Mumbai Expressway. Gadkari has urged foreign investment in the highways sector and had earlier invited EU to build electric highway in the country. He said that 22 green expressways were on the anvil and work has already started on seven of them.