People had to wade through knee-deep water in many parts of Tamil Nadu, including Chennai, after Cyclone Nivar made landfall.
By : HT Auto Desk
| Updated on: 27 Nov 2020, 09:19 AM 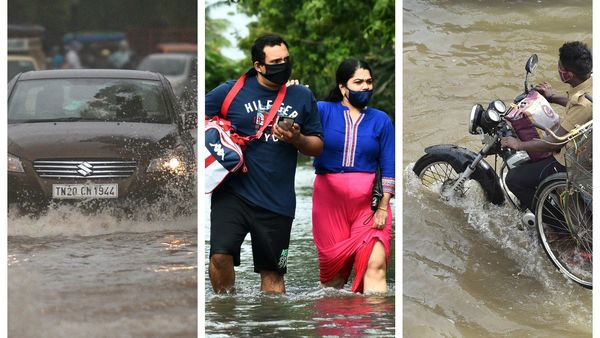 Cars, bikes and even people had to wade through knee-deep water in many parts of Chennai after Cyclone Nivar made landfall.

The extent of the damage caused by Cyclone Nivar is still being assessed but a day after it made landfall near Puducherry, the scenes on the streets here and in many cities and towns of Tamil Nadu was rather grim, more so for commuters who had to wade through water-logged streets to get from one point to another and irrespective of the mode of transportation.

In Chennai, many localities reported water-logging which forced residents to risk taking their cars and bikes out on submerged roads. In some areas, the water level was up to the bonnet level of sedans. Many locals complained of internal services being affected and those who had no choice but to leave homes reportedly found it difficult to even make use of public transit services.

Low lying neighbourhoods in Chennai, including those in suburban Irumbuliyur, Mudichur and Urapakkam witnessed flooding and water entered the houses of many residents.

While residents had been advised to stay at home, there were many who - for their own respective reasons - had to venture out on Thursday. Negotiating submerged roads became the single-biggest challenge for those with their personal modes of transport while many others said there was next to no mass transit service.

It is also reported that in many parts of the state of Tamil Nadu, trees fell on vehicles and heavily damaged them. News agency PTI, quoting officials, reported that about 1,086 trees were uprooted in Tamil Nadu and almost all of them have been removed.

The union territory of Puducherry also bore the brunt of the cyclone with many streets going under water.